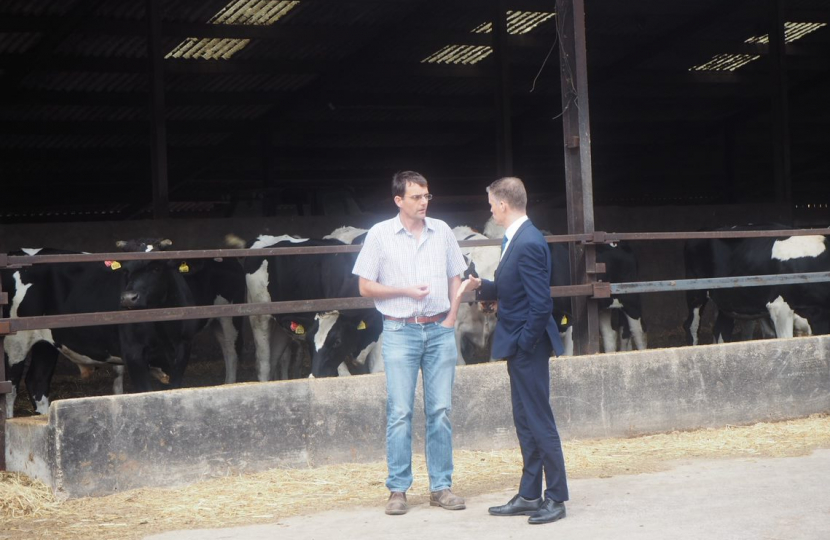 An important part of my job as the Forest’s local MP is to look out for our farming community.  As part of this, I have regular, productive meetings with our local National Farmers’ Union members.

It was encouraging to hear that we recently reopened the American market for British lamb, with the first shipment of British lamb in 20 years leaving the UK for US consumers.

This means that over 300 million US consumers will soon be able to enjoy the United Kingdom’s world-renowned lamb, with the Agriculture and Horticulture Development Board estimating that this market will be worth £37 million in the first five years of trade.

This announcement follows a string of export successes in the last two years, including the first export of beef to the USA in decades and the first ever export of British pork to Chile. With new opportunities such as these, Government departments are always ready to help British producers if they want to capitalise on new markets opening their doors for our produce. The Export to Grow initiative is designed to help British agri-food producers and more information can be found at exports.campaign.gov.uk/.

Glasshouse growing, a form of Controlled Environment Horticulture, has multiple economic, food security and sustainability benefits, but the sector currently represents only 10% of English horticultural businesses. It means the United Kingdom only grows 25% of the cucumbers and 17% of the tomatoes supplied domestically, however businesses operating with this model are already reaping benefits – from extended growing seasons, efficient water usage and higher yields per square metre.

To kickstart efforts to grow the horticulture sector and boost domestic production, the Environment Secretary has committed a further £12.5m investment in automation and robotics through the Farming Innovation Programme on top of more than £70 million spent so far on industry-led research and development.

The fund opens in January with UK Research and Innovation (UKRI) and will match-fund projects that will drive economic growth, food security and deliver on environmental commitments.

This article was first published in The Forester newspaper.

Update: Stagecoach Services in the Forest of Dean

Over the last few weeks, I have been contacted by several of my constituents regarding changes to the Stagecoach service in the Forest of Dean.