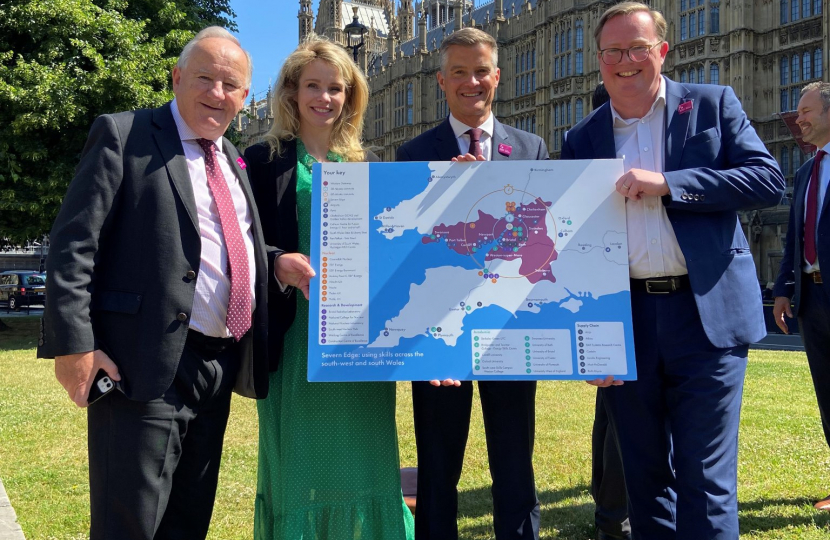 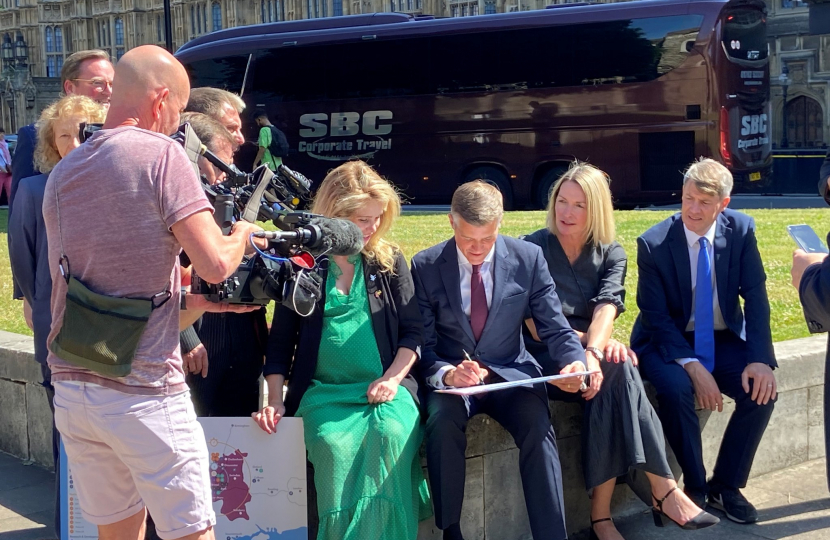 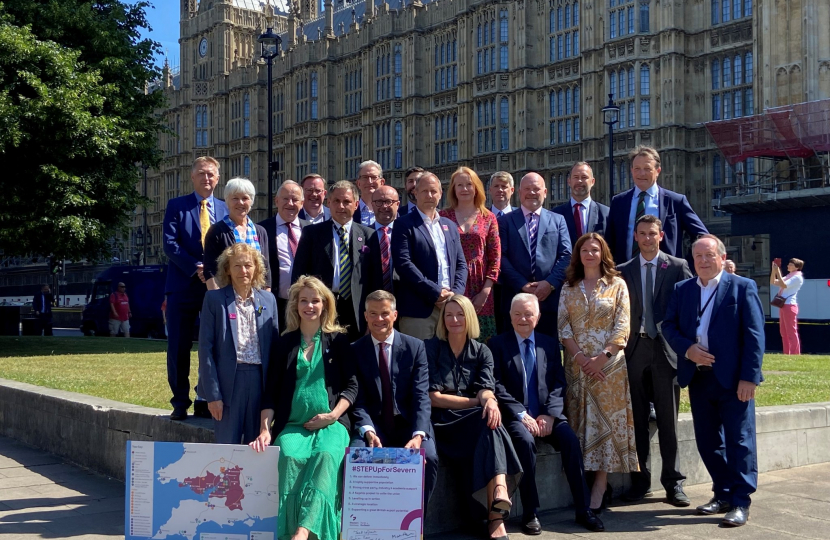 I am calling for the UK’s first prototype fusion plant to come to the Severn Estuary – a development that would attract billions of investment for the West, Gloucestershire and the Forest of Dean.

Today, myself and my co-chair of the All-Party Parliamentary Group for the Western Gateway, Jessica Morden, were joined by other local MPs, including Stroud’s Siobhan Baillie and Tewkesbury’s Laurence Robertson, the leader of Gloucestershire County Council, Mark Hawthorne, and the leader of South Gloucestershire Council, Toby Savage. We gathered at an event in Westminster to demonstrate the widespread support for the site to business secretary, Kwasi Kwarteng.

If selected, the Severn Edge site would be a flagship clean energy project for the UK, supporting over 30,000 jobs, levelling up communities in England and Wales and creating an extra £3.5 billion of output for the economy.

Severn Edge is in the final five sites being considered by United Kingdom Atomic Energy Authority (UKAEA) as part of a bidding process. The winning site will be the home for its flagship Spherical Tokamak for Energy Production (STEP) programme which is looking to prove the commercial viability of fusion energy. Fusion has been described as having the potential to become the “ultimate low carbon energy” source, recreating the reaction that takes place within the sun.

The Western Gateway partnership, the economic powerhouse for South Wales and Western England, is leading the bid and the ‘#STEPUpForSevern’ campaign to bring fusion to Severn Edge. Severn Edge spans two sites in South Gloucestershire and Gloucestershire next to the M4 bridge to Wales.

Katherine Bennett CBE, Chair of the Western Gateway partnership, said: “We know that the Western Gateway area offers the STEP Programme the best access to the most advanced technical skills and expert supply chains to ensure the UK is world-leading in developing this clean energy solution.

“The Severn Edge site is unique in benefitting two countries across the union, offering opportunities to level up communities in Wales and England that are at severe risk of being left behind. STEP would mean billions of pounds worth of investment and is part of the work our partnership is doing to develop our area as a Green Energy Super Cluster driving the UK’s transition to Net Zero.”

I am determined to see Severn Edge as the home of STEP. If successful we’d be one of the few sites that would be able to hit the ground running and within months of a decision, benefits across our area will be realised. I’m backing this bid because I want to see thousands of jobs and millions in investment benefit the Forest of Dean.

More information about the #STEPUpForSevern campaign is available on the Western Gateway website: www.western-gateway.co.uk/fusion-western-gateway