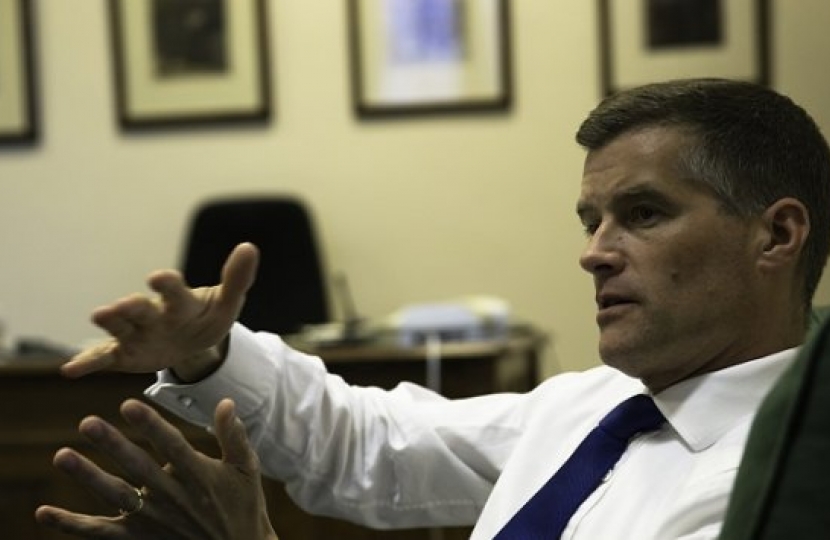 The former Conservative Chancellor, Nigel Lawson, once said that “to govern is to choose”.

Tough choices will be made in the coming months about how we repair our country’s finances ravaged by Covid.

A Budget and three-year Spending Review at the end of October will decide how much we are going to be taxed and how much we spend on public services.

The first two big decisions were made last week – raising tax to fund health and social care as well as suspending the pensions triple lock for a year.

The one-year adjustment to the triple lock ensures pensions still rise, but not by a figure approaching 10% as many working people face a squeeze.

I continue to press Ministers to bring forward their full plan for fixing social care, due this December. The £36 billion raised by this tax increase must not simply be swallowed up permanently by an NHS black hole.

Why is the Government even having to take these difficult decisions though?

Many may have benefitted from the over £400 billion of necessary Treasury support, but all this financial support from the state has to be paid for somehow - including from our pay packets.

Our sense of proportion on amounts of public spending that many lost during the eye of the Covid storm has to return.

On a positive note, on Sunday the Health Secretary Sajid Javid announced that domestic vaccine passports would not be rolled out.

They would have created a two-tier society, punishing recovering businesses and, with vaccine take-up still much lower in some minority ethnic communities, could have become a tool for racists to discriminate against certain groups.

Given that being double jabbed, while protecting against serious illness and death, doesn’t prevent transmission of Covid, these passports would have been pointless, damaging and discriminatory.

I’m pleased the Health Secretary listened to the compelling case against them made by the Covid Recovery Group of Conservative MPs that I lead, along with many others.

With Labour still AWOL, the Covid Recovery Group will keep asking the right questions, at the right time.