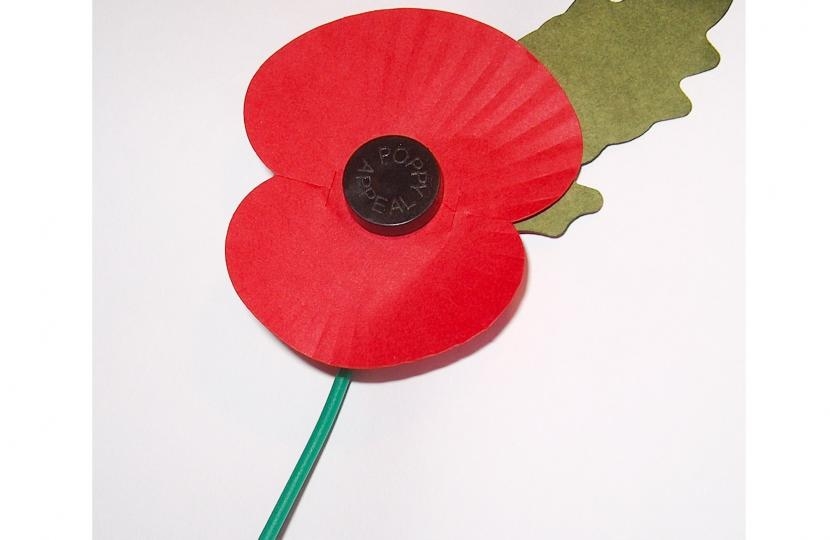 Every year Armistice Day provides a solemn reminder for us all of the deep debt of gratitude we owe to those serving in our armed forces. It is those same men and women who continue to ensure the safety and security of our nation on a daily basis.

Poppy sales by the Royal British Legion have begun and as always I would encourage everyone to give generously to such a cause. The Legion plays a crucial role in helping those who have come out of the forces settle back into civilian life. Their Poppy Appeal and programmes that it funds go a long way in helping veterans and their families in the UK. This can be anything from financial advice and support, to care for veterans and respite for carers. Many also mistakenly believe that the British Legion is primarily there for the older generation. However, with the Legion helping people at ages from 9-100 in recent years this is clearly not the case.

This year marks the centenary of the Battle of Passchendaele (also known as the 3rd Battle of Ypres). This was one of the bloodiest offensives of the war, and at this time we should take care to remember the sacrifice made by millions of service personnel during these conflicts.

As well as remembering past sacrifices, it is also important to reflect on more recent conflicts in areas such as Iraq and Afghanistan where so many lost their lives. It has now been two full years since British forces left Helmand Province, thus ending 13 years of combat operations in the area. Our own 1RIFLES, based at Beachley Barracks, came home missing a number of valued personnel from their ranks. Our thoughts, prayers and eternal gratitude must forever be with them as well as their families and friends.

It is sacrifices like theirs which ensure that we can feel safe each day. I therefore hope that we can all unite in giving thanks to members of our armed forces, past and present, and never forgetting those who have made the ultimate sacrifice so that we can enjoy our freedoms. We will be forever in their debt.