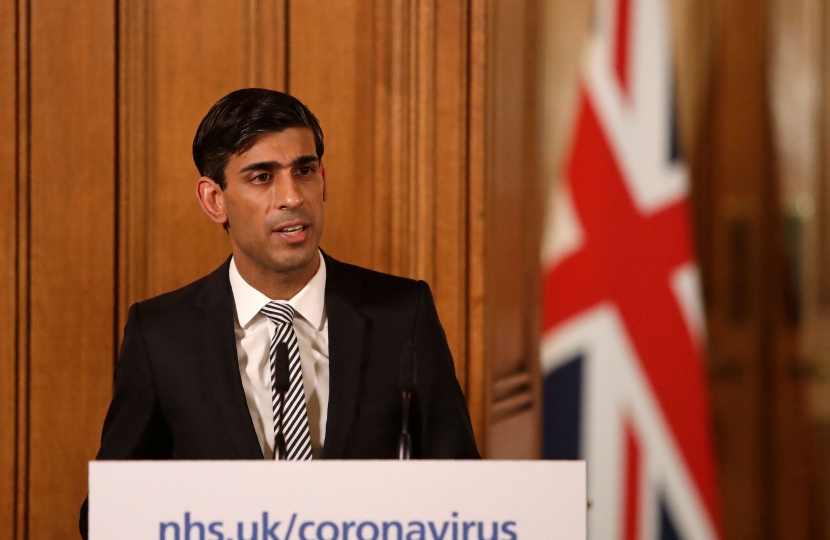 Last week, the benefits from the unprecedented package of support rolled out by the Chancellor, Rishi Sunak, were set out in full. The furlough and self-employment schemes have been a lifeline for millions of people and businesses across the country, including here in the Forest of Dean.

Nationally, the Coronavirus Job Retention Scheme (CJRS) – Government grants covering 80% of people’s wages, up to £2,500 a month – has supported nearly 9 million jobs, at a value of £20 billion, benefitting over a million businesses.

The Forest of Dean has received unprecedented economic support from the Government, protecting 10,400 jobs through the CJRS, with a further 3,900 self-employed people receiving grants worth £11.5 million in total thanks to the SEISS.

The CJRS scheme will continue to support jobs until the end of October, with flexible part-time furloughing beginning in July to support businesses as the economy is carefully reopened.

The SEISS scheme has also been extended with those eligible able to claim a second and final grant in August.

Meanwhile, I know that some of my constituents have been concerned about a planned BLM protest in Lydney this Saturday which, at the time I am writing this column, had been cancelled.

If we were not in the middle of a global pandemic, I would be happy to defend the right to protest. However, under the Coronavirus Regulations that we have all been working so hard to comply with, it is unlawful and everyone taking part in it would have been committing an offence.

The law is clear - “no person may participate in a gathering which takes place...outdoors, and consists of more than six persons”.

I am having the latest of my regular meetings with the senior leadership team of Gloucestershire Constabulary later this week, where the policing of the Coronavirus Regulations will be among a number of issues to be discussed.