Opening of the new Lidl store in Coleford 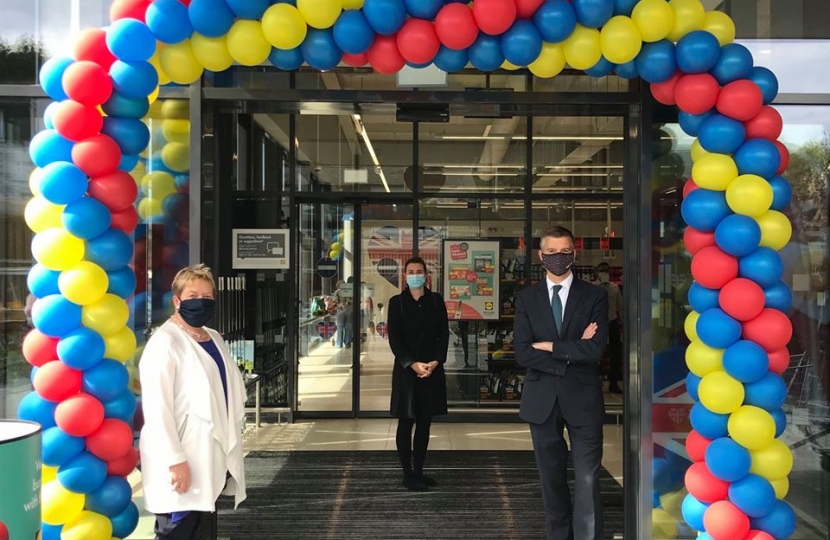 Last week, I was pleased to attend the opening of the new Lidl store in Coleford.

As someone who regularly pops into Cinderford’s Lidl for shopping, it was great to see the store on its first day of opening alongside Coleford’s Town, District and County Councillor Carole Allaway Martin.

For too long now, the Co-op has had a near monopoly on supermarket shopping in Coleford. Anyone who wanted a different supermarket option was forced to shop elsewhere. A number of constituents I talked to had previously shopped at Lidl in Monmouth - it’s great that they now have the chance to shop in Coleford and were taking the opportunity to do so.

From Lidl, access is easy to the town centre and signage is clear encouraging people to extend their shopping trip to other retailers in town benefiting everyone.

It was good to receive an update from Lidl’s Sarah Rees-Davies on plans for their new store on the Hams Road/Newerne Street site in Lydney, with the support they have received from Lydney residents in public consultation exercises being overwhelmingly positive.

It is clear that improved consumer choice for Lydney is being requested by residents.

More consumer choice = lower prices for my constituents. This is good, unless communism is your thing!

While we were there, Cllr Allaway Martin and I took the opportunity to speak to a number of residents about roadworks in the area, which I have written about at length in an earlier Facebook post on Friday.