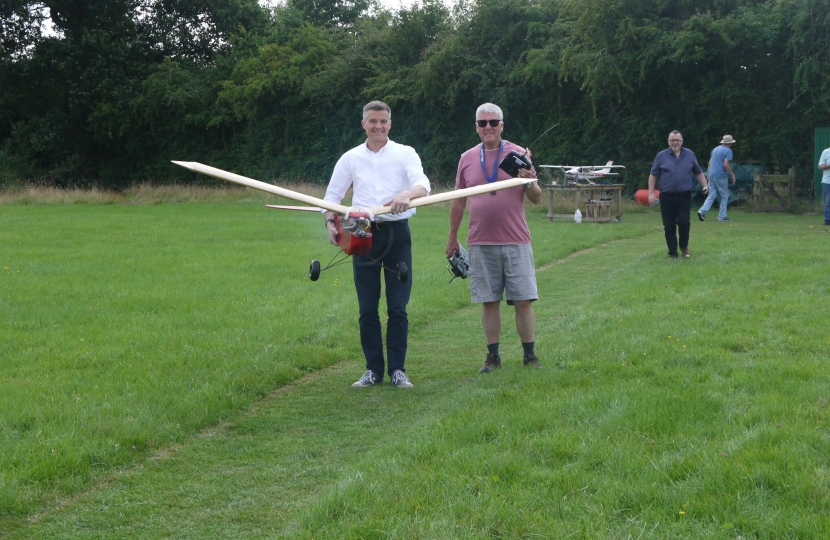 Recently, I met with members of the Newent and District Model Aircraft Club. We met in a field near Upleadon where club members had constructed a mini runway. This was an interesting opportunity to talk to the members of this local club and also have a go at flying a model aircraft myself! I was originally contacted by model aircraft enthusiasts within the Forest of Dean regarding their concerns over a consultation that proposed changes to the way drones and model aircraft are registered.

These changes were proposed in response to the flying of drones near UK airports. While accepting that new regulations are needed in order to combat the increase in the illegal use of drones around airports, constituents were concerned that their hobby may be affected unnecessarily. As a result, I wrote to Richard Moriarty, Chief Executive Officer of the Civil Aviation Authority (CAA) regarding these concerns and wrote back to those who had contacted me with his reply.

During my correspondence with constituents, I was invited to experience the hobby for myself by Frank Skilbeck, Secretary of the Newent and District Model Aircraft Club. I was pleased to take up his offer and very much enjoyed my time with the club. I am pictured here with Frank as he takes me through the basics of flying a model aeroplane.