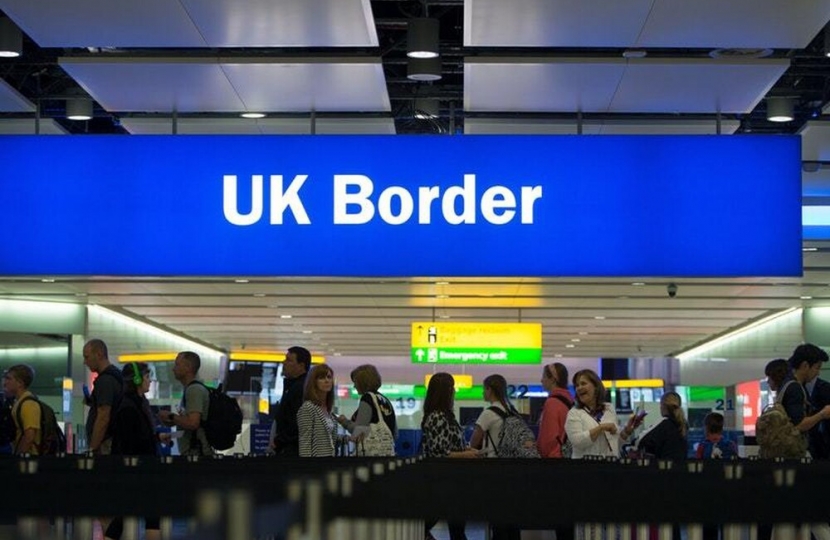 Last week the Government set out how it will take back control of our borders and end free movement of people with a new points-based immigration system.

In this fairer immigration system, the UK will welcome people to work here on the basis of their skills and qualifications, not their nationality.

The new immigration system – taking effect from 1 January 2021 – will assign points for specific skills, qualifications, salaries or professions with visas only awarded to those who gain enough points, ensuring we attract the brightest and best to this country.

Under the system, migrants will be required to achieve at least 70 points before they can move to the UK for work. Applicants will receive 50 points for meeting the compulsory criteria: a job offer, skills at an appropriate level and the ability to speak English. This can be topped up with additional points by having a higher salary, a job in a shortage occupation or additional qualifications such as a PhD until they reach 70 points.

The government has listened to the clear message from the 2016 referendum and the 2019 General Election and will end the reliance on cheap, low-skilled labour coming into the country.

In line with the Government’s manifesto commitment there will be no specific route for low-skilled workers. This will prevent big businesses from being able to employ an unlimited number of people from overseas to keep wages down.

As part of the proposals, the Government has confirmed that people will need to be paid at least £25,600 before they can move to the UK for work, unless they have a job offer in a specific shortage occupation - like healthcare.

The new system will also expand the skills threshold for skilled workers and those looking to live and work in the UK will now need to be qualified to A Level or equivalent, rather than degree level under the current system – providing greater flexibility and ensuring businesses can access skilled workers in the areas they need.

These proposals will attract the talent and skills that our economy and public services need to thrive and I look forward to the forthcoming Immigration Bill to put this ambitious new system into law.