Meeting with the Chief Constable of Gloucestershire 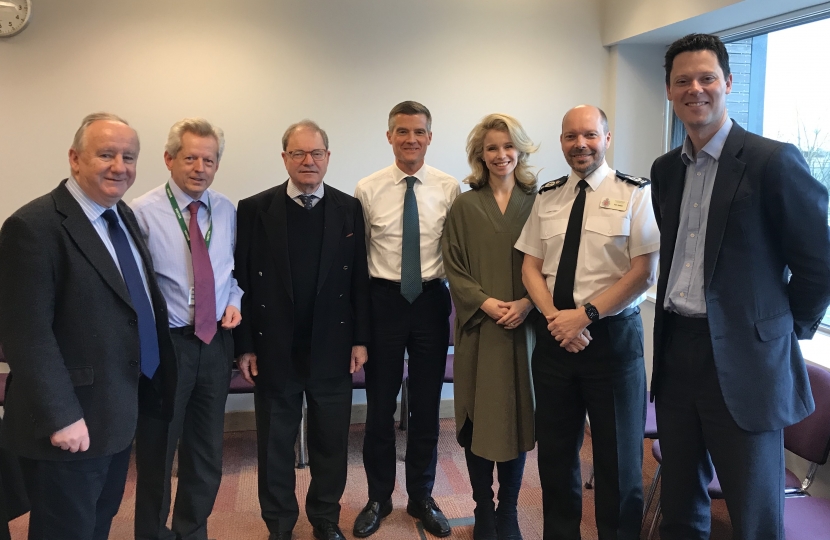 Fortunately, the Forest of Dean and Gloucestershire have relatively low levels of crime compared to the rest of the country. However, that is not to say that we are without crime and I have recently been contacted by a number of constituents regarding incidents that have caused concern. As a result, I have raised these concerns with the Police.

Towards the end of January I met with the Chief Constable of Gloucestershire, Rod Hansen, along with the other five Conservative MPs for the county. This was a useful meeting in which the Chief provided us with an update on recruitment, crime, community work and their public engagement plans. This was also a useful opportunity for me and my colleagues to collectively present our thoughts to the Chief Constable and to reiterate our support and commitment to policing.

On recruitment, as previously mentioned, Gloucestershire is already getting extra police officers, 46 more this year, with more on the way over the coming years as part of the Government’s Policing Pledge. I know this will be welcomed by my constituents, based on the responses to our crime surveys.

If you would like to speak directly to the local team, Gloucestershire Constabulary will be engaging with the public over the coming weekend. On Sunday 16th February, the Mobile Police Station will be in Cinderford in the Co-op car park between 10:00am and 11:30am. It will then move to Lewell Street car park in Newent for 1:00pm to 3:00pm. Within the Forest we have an excellent Neighbourhood Policing Team and I would encourage anyone with any concerns to contact them on 101 or email Forest.npt@gloucestershire.police.pnn.uk.