Mark Harper: If the Conservative Party is not the party of sound money, then what on earth are we for? 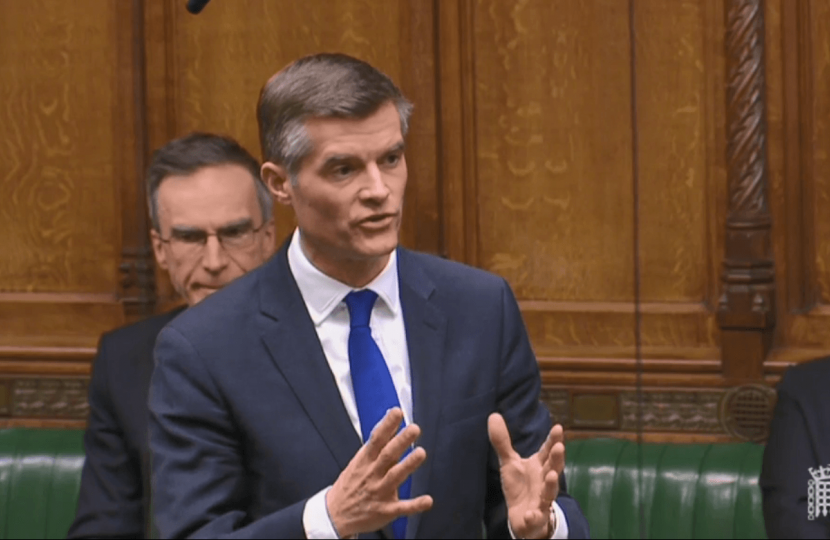 Recently, I made my first ‘appearance’ on BBC Radio 4’s Dead Ringers, where they said that the only interesting thing about me was being a Chartered Accountant.  Now, this may not make me Box Office – but at least I know how to balance the books.

As the Conservative leadership race has gone on, both candidates have increased the amount of taxpayers’ money they have spent. Between them, adding up estimates by the independent and respected Institute for Fiscal Studies (IFS), the two remaining candidates have already clocked up tax and spending promises of around £51 billion per year.

The recent BBC documentary series on Margaret Thatcher reminded me of a fundamental truth that she talked about at the 1983 Conservative Party Conference: ‘If the State wishes to spend more it can do so only by borrowing your savings or by taxing you more. It is no good thinking that someone else will pay—that “someone else” is you. There is no such thing as public money; there is only taxpayers’ money’.

And that truth is one of the reasons why I’m a Conservative. If the Conservative Party is not the Party of sound money, then what on earth are we for?

What do I mean by sound money?  There are two effective checks on state spending: it’s Government committing to live within its means, and ensuring people keep more of their own money.

In other words, reducing debt as a share of the economy, and reducing the tax burden.

Living within your means is clearly something that Labour doesn’t believe in – you only have to look at their policies. Take John McDonnell’s plan to nationalise the water industry in England for instance; according to the Social Market Foundation, that could cost as much as £90 billion and add five per cent to the national debt.  Lots of cost with no benefit to consumers or citizens.

When we came to power in 2010, taking over from Labour, the Government was borrowing £1 in every £4 we spent.  The budget deficit was just under ten per cent of the size of the economy, at £150 billion a year.  We had to make difficult decisions to get the public finances back under control and Labour opposed us every step of the way.

Despite Labour’s opposition, we have reduced the cash deficit to £42.9 billion—down by over 70 per cent —and the deficit as a proportion of the size of the economy is down by 75 per cent to 2.4 per cent.

We should remember, and stick to, our 2015 and 2017 Manifesto commitments to reduce national debt as a share of GDP.

We do not help people with the cost of living by putting their taxes up. Our focus should be on reducing taxes for lower and middle income earners. We should always remember that the purpose of taxes is only to raise what is necessary to pay for public services and things which only the state can do, such as defence and security.

As Conservatives, we should also recognise that there is a difference between rates of tax and how much revenue is raised from them.  Conservative chancellors from Nigel Lawson to George Osborne have recognised that cutting tax rates, reducing allowances and simplifying the tax system can lead to collecting more tax revenue. Lawson did this with income tax, Osborne with corporation tax.

There are always many pressures on public spending. We need to invest in social care, our schools and colleges, policing and the NHS.  One of the biggest challenges facing the new Prime Minister will be their approach to public spending and the need to set priorities.

A good policy to follow would be to go back to the pre-financial crash Conservative policy to share the proceeds of growth between tax cuts, spending increases and reducing debt. Each year we should look at the growth and tax forecasts made independently by the Office for Budget Responsibility (OBR), and the pressures on public services to reach a balanced approach.

These decisions need to be taken in a careful, thoughtful way using methods which already exist like a Comprehensive Spending Review and the annual Budget. The Government has already announced a Comprehensive Spending Review which will set out spending plans for the next few years, until just beyond the next General Election. It’s going to require some very tough decisions, to be made by the new Prime Minister and Cabinet.

It is perfectly reasonable for leadership candidates to set out their preferred direction of travel in specific areas of tax and spending, but the scale of those commitments should be determined by the new Prime Minister and Cabinet in a proper, balanced process.

As this leadership race comes to an end, we should not lose sight of the real finishing line – the next general election. We need to ensure that we finish this leadership contest in a better position to win it.