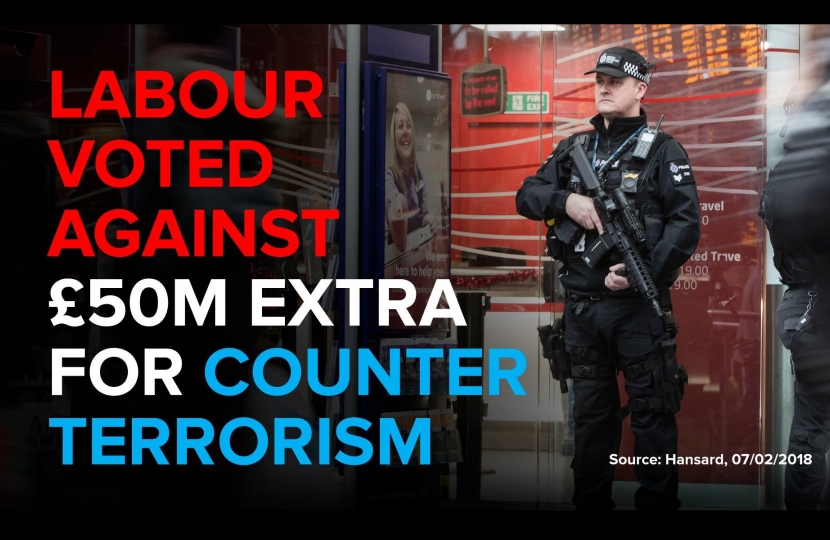 All local residents deserve to feel safe in their homes and in their communities. That is why this Government is increasing police spending and continuing to reform policing so it is more efficient and productive.

Our police forces are seeing more complex crime being reported every year, including child sexual exploitation and modern slavery, forces also need to take action against the increased terrorist threat. The new funding settlement will help the police respond to these challenges so they can build on the fall in crime of more than a third that we have seen since 2010.

Second the Government is maintaining core police funding at the same levels as last year and allowing local Police and Crime Commissioners more scope to increase their budgets locally.

Finally the Government is boosting funding for national priorities like police technology and the Special Grant (which supports the police to deal with exceptional costs like terrorist attacks) by £130 million.

However, supporting the police isn’t just about resourcing. It’s also about making sure they have the powers they need for the work they do. That’s why over the past year this Government has announced a review of police pursuits (so police are confident tackling moped crime), consulted on banning the sale of acid to under 18s, and funded the first ever national police welfare service, so officers get the support they need.

Disappointingly, in Parliament Labour voted against these measures which will increase police budgets by around £450m in 2018/19 if PCCs use this new precept flexibility – making sure the police have the resources they need to keep us safe.