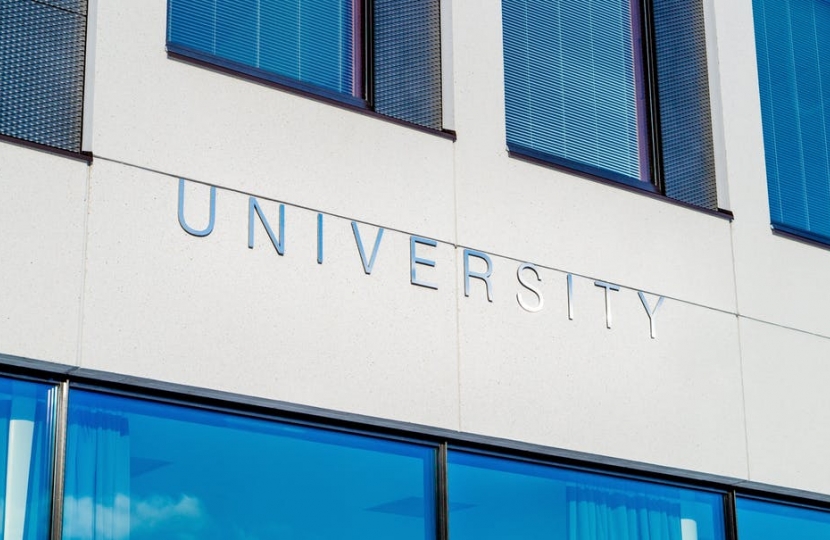 The question of how we finance our higher education system has been widely debated in recent weeks.

I would like to take this opportunity to set out why I believe the Government’s policy on financing higher education in England is the right one: right for students, right for taxpayers, and right for the future of our world-class education system.

Our student finance system has three goals. First, it must strike a fair balance between the taxpayer and the student relating to the cost of tuition. Second, it must work to remove barriers of access to university, especially for the most deprived. Third, it must provide the resources necessary to sustain our world-class higher education sector. The current system is helping achieve all 3 of these objectives.

First, at a time when the average graduate will earn around £200,000 more across their life than a non-graduate, it is only fair that they are asked to make a contribution to their education. Otherwise, we would – quite literally – be asking other taxpayers who have not been to university, to pay their taxes to fund the increased earning potential of graduates. As a fundamental point of principle, this is not fair.

On access to university, young people from the poorest backgrounds are now 43% more likely to go to university than they were in 2009/10. This is because we have been able to lift caps on student numbers. When caps were in place, and there was higher competition for places, it was the students from poorer backgrounds that lost out. Scrapping fees would mean that university places would once again be capped –a backwards step for university access.

Finally, the current system, through which universities are not wholly reliant on state funding, has improved the fiscal outlook for universities and allowed them to make future spending plans with far more certainty than in the past.

For those that believe that scrapping fees will lead to a more progressive, fairer system, I say look at Scotland, where the SNP scrapped fees. The university system is underfunded, with student places being capped, leading to many students from poorer background being denied the opportunity of a university education. This is not progressive, nor is it fair.

Our current system is fair for students, fair for taxpayers, and fair for universities. Our focus should not be on fees, but on reforming the sector to ensure that students receive the best possible value for the investment that they are making in their education.