Discussing Housing and Planning with Constituents 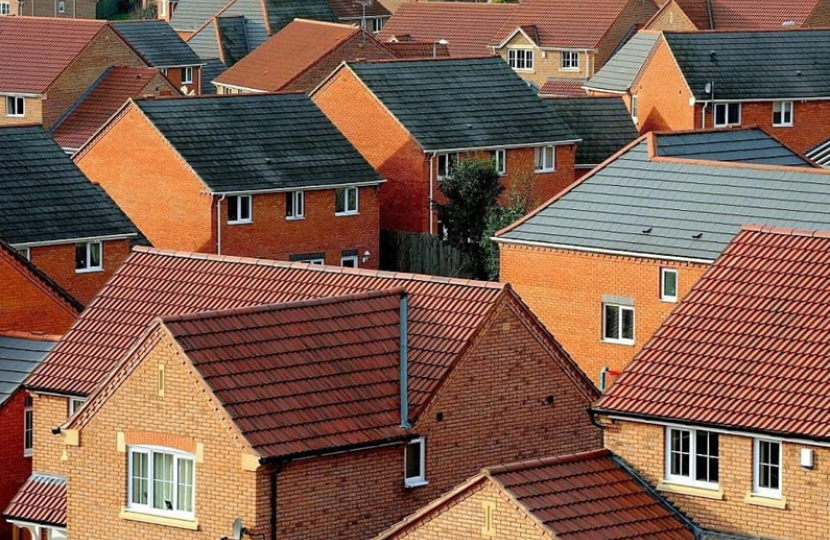 Last week, I met with the No New Towns planning action group, by Zoom, to discuss the District Council’s mooted plan to build several thousand houses near Churcham and their overall planning strategy.

Planning conjures up lots of views, so I shall set out the current situation and our area’s Local Plan for housebuilding.

We find ourselves in a situation where the District Council’s own planning documents show that their housing targets can be met through a combination of existing settlement expansion and by developing the site at Beachley to be vacated by the MoD within the next decade.

In order for the Beachley plans to work, my neighbouring MP David TC Davies and I continue to make the case for a Chepstow bypass in order to fix the congestion at the English-Welsh border. You can’t build more houses there without dealing with the traffic situation.

It was the case for a couple of months in 2020 that a ‘mutant algorithm’ might force the District Council to build many more houses each year than usual. This didn’t happen thanks to pressure put on the Government by Conservative MPs, myself included.

So while central Government does set targets on how many extra houses each area needs (based on, amongst other things, ONS figures on population growth), the District Council now only need to build a similar number of houses as they have been for the last few years. They cannot pass the buck to anyone else.

My view on planning has always been consistent: new housing should be in keeping with the surrounding area, both in scale and style, and any significant new settlements should be targeted at already developed brownfield sites. The suggestion by the District Council of building several thousand houses in the vicinity of the A48/A40, doesn’t seem to pass that entirely reasonable test. This is especially true given the significant traffic congestion which occurs at the A40/A48 junction.

The District Council is run by a ‘rainbow cabinet’ of Independent, Labour, Green, ex-Labour and ex-UKIP councillors. It’s a reminder of what you get if your local councillors aren’t Conservatives.