Daily Telegraph: How a Canada-style Brexit can answer the Irish issue 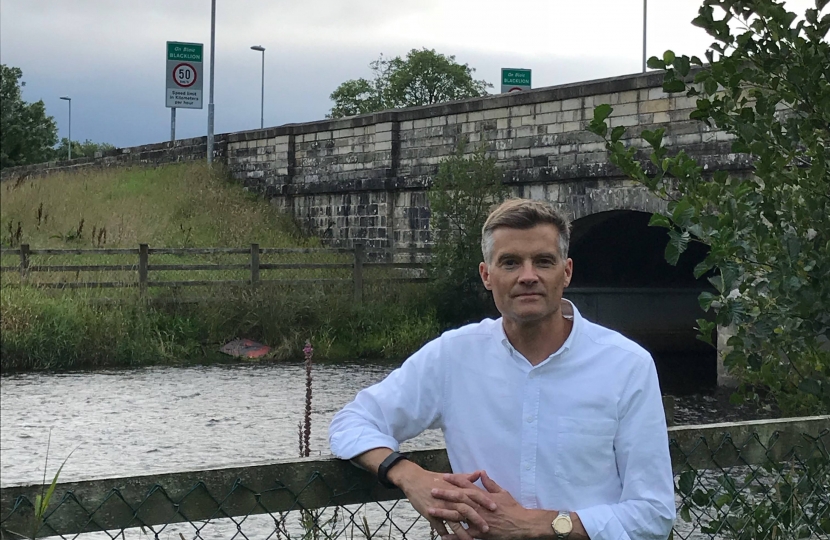 The UK’s vote to leave the European Union in June 2016 was not only the largest democratic mandate in British political history, but it symbolised a desire for change. A desire for the UK to do something different – to, yes, have a friendly relationship with our European neighbours, but to raise our sights beyond the continent and to the wider world.

While we must be clear that no deal would still be better than a bad deal, the best outcome for the UK is a good deal with our European neighbours. It is now very clear that the only realistic chance of that good deal getting the support of Parliament is for it to have the support of Conservative and DUP MPs, as the other parties have made it clear that they will vote against anything the PM brings back to Parliament.

It is easy to forget that the UK has actually been offered this option. The EU Council President, Donald Tusk, offered the UK the basis of such a deal through an “ambitious and advanced" trade agreement “covering all sectors and with zero tariffs on goods” that “like other FTAs, should also address services” in March this year. Just last week, he confirmed that offer is still on the table.

While certain strings were attached to this deal, such as maintaining EU access to our fishing waters – something we would reject – this proposal nonetheless served as what should have been a good starting point, the very basis of a deal.

The key objection used by the UK Government for not pursuing this route is its view that it doesn’t address concerns about the Irish border.

The EU’s intransigence has not helped the tone of negotiations. They have suggested a de facto annexation of Northern Ireland by the EU in a flagrant breach of both the Belfast Agreement as well as the territorial and constitutional integrity of the United Kingdom. While the UK Government has rightly said this could never be acceptable as a solution, unfortunately it has tended to suggest the problem is insoluble with a Free Trade Agreement.

Both sides have acted like there is no option other than their own, which is why we have reached the current impasse. What’s more, the issue of the Irish border need not become a roadblock – there are ways to make a Canada-style FTA possible and keep the border as the personnel-free, barrier-free entity that it is today.

Recognising that many people who voted Remain at the 2016 referendum, as I did myself, might be a little sceptical about this, I visited the Irish border myself earlier this year, where two things stood out.

First, in driving the length of the border and also visiting towns such as Enniskillen, Northern Ireland’s history serves as a constant reminder that the events of the past must always guide our conduct in dealing with the challenges of the present.

Second, in navigating the roads – large and small – that criss-cross the border, it is clear that you couldn’t have a physical customs border (complete with border posts and customs officers in duffle coats and peaked caps) even if you tried. With more than 200 crossing points along the 310 mile border, a return to the days when there were only 20 official crossing points is both not desirable and not possible, and such unrealistic fears should not stop us getting the best Brexit deal.

It is worth being aware that there are nationalist campaigners in both Northern Ireland and the Irish Republic who are trying to use the idea of a ‘hard border’ with checkpoints and British Army watchtowers as a way of trying to drive Northern Ireland out of the United Kingdom. As a Unionist, I want to approach this issue in a way that doesn’t play their game.

There are people on both sides of the Brexit negotiating table who have said that there can’t be any infrastructure whatsoever, neither on the border nor anywhere near the border. If this is your notion of what a ‘hard border’ is, then I’m afraid I have news for you – there already is one.

Take the main road that runs through the quiet, pleasant village of Belcoo in County Fermanagh. Within sight of the border with Blacklion in Ireland’s County Cavan, there is a bank of at least six highly sophisticated ANPR cameras. This is infrastructure, and it already exists without causing any sort of disruption or disquiet.

As well as this, there is already a border for security, VAT, tax, excise and currency. Leaving the Single Market and Customs Union with the goal of pursuing a Canada-style FTA adds one other item to that list: customs. What’s more, this can be catered for by international practices that already exist.

Someone who has looked into this so you don’t have to is Lars Karlsson, the former Director of the World Customs Organisation, who was asked to investigate solutions by the European Parliament – hardly a pro-Brexit organisation!

He concluded that existing computer-based customs clearing methods, not fairy dust nor unicorns, but existing methods that are used across much of the world mean that physical border infrastructure is unnecessary and that a “friction free border building on international standards and best practices” can be developed.

This conclusion has not only been repeated by the Chief Executive of HMRC but let’s not forget that companies currently traversing the border complete their VAT returns electronically in a way that can also be applied to future customs declarations, with physical, intelligence-led inspections by officials already happening away from the border today.

There are also those who have argued there will be issues regarding people travelling across the Irish border. There won’t be. This is largely thanks to the Common Travel Area (CTA), which has been in force since 1923 and will carry on unchanged after Brexit.

This is underpinned by the UK’s past, present and future close relationship with Ireland and the Irish authorities – something I saw first-hand when I was Immigration Minister.

Doing that job, it was abundantly clear that the UK and Ireland have a deep level of common security and economic interests. Our two countries control entry into the CTA, share data and intelligence to keep our citizens safe and take action to minimise the smuggling and criminality that have always taken place around the border, irrespective of the UK’s membership of the EU.

Our common interests will ensure that this close working relationship and mutual cooperation will continue after we leave the EU.

Why do I say this? Because it is exactly how the EU behaved when David Cameron was negotiating his deal with them before the referendum, and which I witnessed first-hand as Government Chief Whip.

Therefore, in my judgement, the most likely way of achieving the good deal we all want to see with our European neighbours is a Canada-style FTA already offered to us by the EU as the basis of a deal.