Daily Telegraph: The brilliant vaccine rollout means we can speed up our route out of lockdown 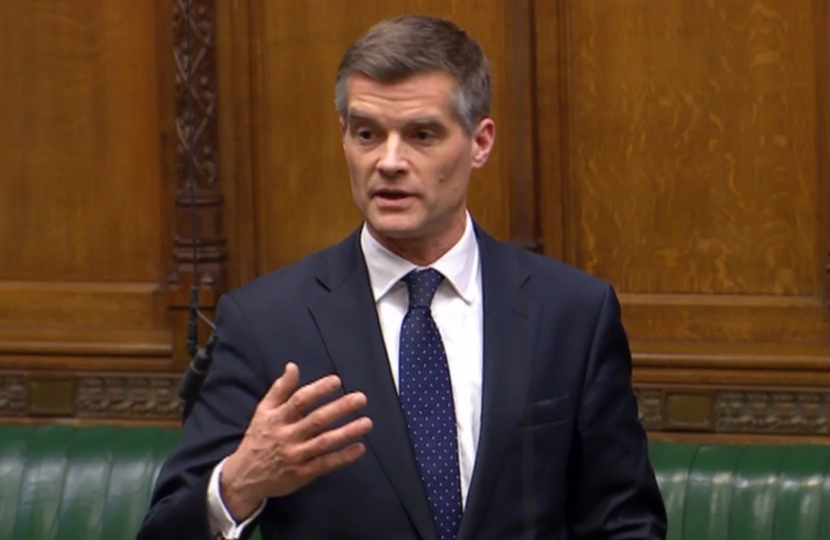 Last week saw around 48 million people across England, Scotland and Wales get a chance to vote in the biggest set of local and regional elections for several decades. During the past few months, meanwhile, the tremendous progress of the vaccine rollout has continued apace – with more people receiving protection from the jabs complimented by plummeting Covid infections, hospitalisations and deaths (down 97 per cent since the second wave peak).

It is no coincidence that these two trends are happening at the same time. The vaccines work and are being deployed at lightning speed. It is also no coincidence that the positive voter feedback that I and many Conservatives have been receiving on the doorstep has been down to our vaccine rollout. Many I spoke to had either received one or both of their jabs or had loved ones who were now protected.

Our vaccine rollout simply would not have been as effective had we not set up our own, nimble Vaccines Taskforce led by Kate Bingham. Although Labour has been mostly AWOL on Covid matters, it wasn’t that long ago that their front bench was criticising the UK’s decision to not join the EU’s ponderous and bureaucratic scheme.

We are now in a position where, with the vaccine offering light at the end of the tunnel, “all legal limits on social contact” can be removed from 21 June. At least, that’s what the Government’s roadmap says. But this isn’t guaranteed. That same roadmap says that “Covid-Secure measures that remain in place” after 21 June must be complied with. Indeed, our route out of restrictions remains tied to an increasingly out of date timetable, rather than the increasingly positive data.

The position of the Covid Recovery Group of Conservative MPs that I chair has been clear and based on both science and data: it is possible to safely unlock domestic restrictions faster than the roadmap. This is not only because we have a suite of vaccines but because our country has the infrastructure – beefed up by extra funding  – to spot new variants and adapt our vaccines to deal with them.

In our letter to the Prime Minister in February, we argued that once all nine priority groups, representing 99 per cent of Covid deaths and about 80 per cent of hospitalisations, were protected by the end of April, there was no justification for any legislative restrictions to remain. The data we have seen since has shown we were right. As well as the falling cases, hospitalisations and deaths, the positive data keeps coming – with the ONS saying last week that the reopening of schools did not even lead to a spike in infections.

By lifting the limits on funeral attendees over a month earlier than planned, the Government has shown just one area where it is possible to choose data over dates. Why stop there?

As Parliament returns, with his personal authority enhanced, the Prime Minister faces a choice. Last week, he gave us a fairly clear indication of what he would like to see when he hailed the “good chance” of social distancing being completely scrapped next month. With financial support schemes soon winding down, as they cannot go on forever, removing social distancing is crucial to the survival of many sectors of our economy such as hospitality, that simply cannot make any money and pay wages if it remains in place.

There needs to be early confirmation that social distancing will be completely scrapped from 21 June so that businesses can plan to fully reopen and ensure that we are truly on the “one way road to freedom” that the Prime Minister promised.

Like most respiratory diseases, we will need to remain vigilant about Covid in the winter. Fortunately, we have an arsenal of effective vaccines at our disposal with booster jabs on the way. We are also learning more about effective treatments every day. These tools should enable us to live with Covid, like we do with flu, rather than having seasonal lockdowns and restrictions. The Prime Minister can follow his freedom-loving instincts, therefore, and build on last week’s elections – believing in the vaccines and unleashing his optimistic ray of sunshine that we backed to victory in 2019.

This should be a moment of unity – for the country and my party – as we look ahead with confidence, hope and optimism for a much brighter future, as we reclaim our lives once and for all. I would urge the Prime Minister to seize that moment.