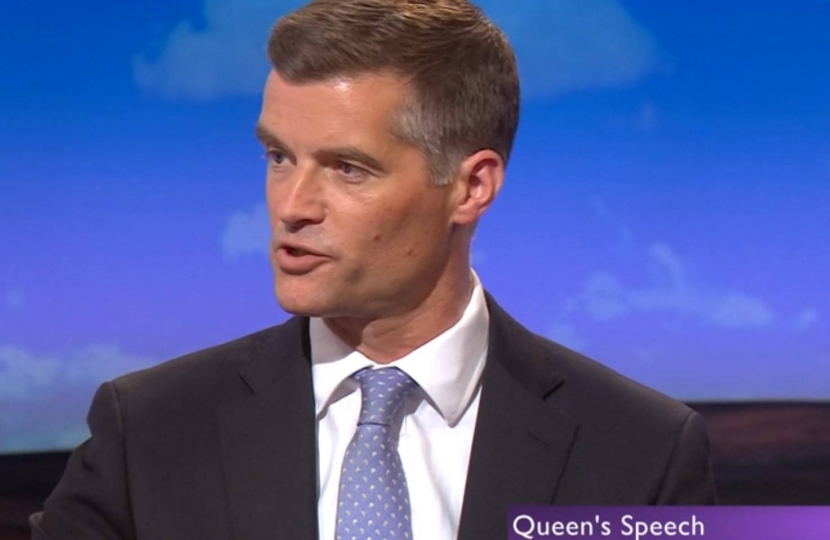 Earlier today I was pleased to join Jo Coburn as a guest on BBC2's Daily Politics. I appeared alongside Labour’s Barry Gardiner and Lord Jones of Birmingham (Digby Jones), a crossbench peer in the House of Lords.

Ahead of tomorrow’s Queen’s Speech I was keen to challenge the Labour Party on how serious they are about respecting the result of last year’s EU Referendum, and ensure that they support the Government in securing the best possible deal. Labour seem to have no clear message on this issue. Even locally, during the recent General Election campaign, my Labour opponent stated he was in favour of a second referendum. I am a democrat and I believe that we need to respect the result of the EU referendum last year and deliver a deal that works for everyone, importantly including our businesses who need that certainty, a point I made on the programme.