Daily Express: The EU has interpreted the Irish backstop to suit itself 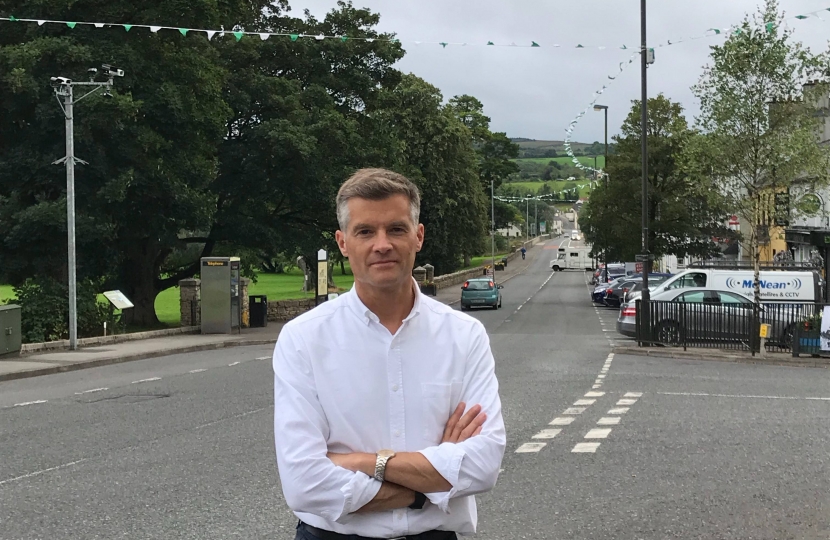 Later this week, the Prime Minister travels to Brussels for a meeting of the European Council, where Brexit takes centre stage.

It will also be necessary to agree with the other European countries, including the Republic of Ireland, arrangements for ensuring that the border between Northern Ireland and the Republic remains the personnel-free, barrier-free entity that it is today.

Some are of the opinion that maintaining this state of affairs at the border cannot be solved with a Canada-style Free Trade Agreement. However, this view is mistaken for several reasons.

First, there already is a border between Northern Ireland and the Republic of Ireland for security, VAT, tax, excise and currency. Leaving the Single Market and Customs Union with the goal of pursuing a Canada-style FTA adds one other item to that list: customs.

Second, catering for this additional element to the pre-existing border can be done by international practices that already exist. Someone who has looked into this so you don’t have to is Lars Karlsson, the former Director of the World Customs Organisation, who was asked to investigate solutions by the European Parliament – hardly a pro-Brexit organisation!

He concluded that existing computer-based customs clearing methods, not fairy dust nor unicorns, but existing methods that are used across much of the world mean that physical border posts are unnecessary and that a “friction free border building on international standards and best practices” can be developed.

This conclusion is shared by the Chief Executive of Her Majesty’s Revenue and Customs, with similar views being expressed by the head of the Irish Revenue as well as the former Director General of the UK Border Force.

To the extent that infrastructure is required near the border, it already exists – as I saw on my visit to Northern Ireland in the summer.

In case we don’t get a future trade deal, the EU wants what has become known as the ‘backstop’ as an insurance policy – something that was initially agreed by the UK Government and the EU last December.

The EU has interpreted December’s backstop to suit itself, effectively demanding a border in the Irish Sea in what amounts to a de facto annexation of Northern Ireland by the EU in a flagrant breach of both the Belfast Agreement as well as the territorial and constitutional integrity of the United Kingdom.

Our allies in the Democratic Unionist Party are obviously committed to protecting the Union between Great Britain and Northern Ireland, but so is the Conservative and Unionist Party. Our own manifesto at the 2017 General Election spelt out how we as a Party were committed to “ensure that as we leave the EU no new barriers to living and doing business within our own union are created”.

Rightly, the Prime Minister has been resolute in her defence of the United Kingdom, saying that the EU’s proposal is such that “no UK Prime Minister could ever agree to it.”

At the Salzburg summit in September, the EU behaved in a disgraceful way that we should not expect nor excuse from one of our friends, even allowing for the fact that we are in the middle of a negotiation.

In a tough, determined response in Downing Street, the Prime Minister made it clear that the EU had to treat our country and its leader with respect.

Last month, I raised this in the House of Commons at Northern Ireland Questions, where the Secretary of State confirmed that “the constitutional and economic integrity of the United Kingdom must be respected, and that means no border down the Irish Sea and that all businesses in Northern Ireland must have unfettered access to UK markets”.

I am confident that the Prime Minister, showing the resilience and toughness which I saw at close quarters when I served with her in the Home Office, will leave our EU partners in no doubt that the United Kingdom won’t be pushed around.