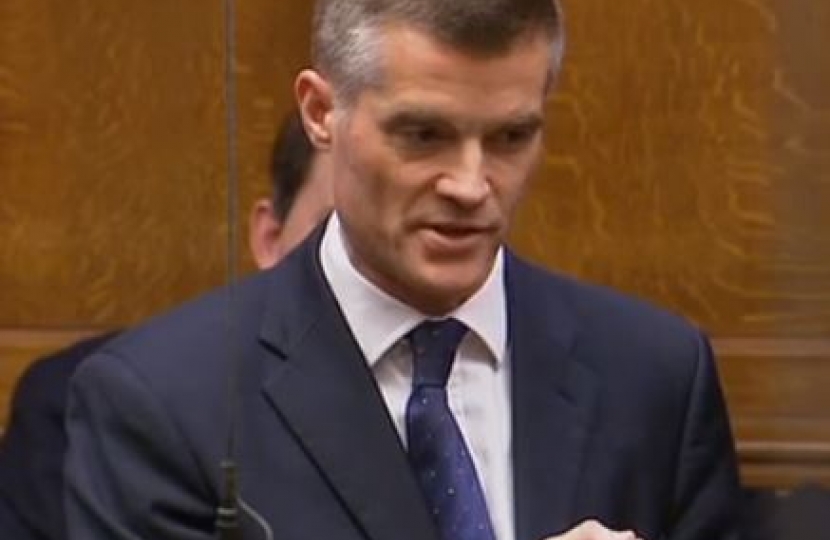 The Prime Minister is fighting for a deal which will protect the interests of businesses and citizens across the whole of the United Kingdom, and on both sides of the Irish border.

But if we cannot get a deal that both the EU and Parliament will agree to, then the UK will come out anyway.

While it is not the outcome we want, our preparations are by now very extensive and we will be ready to leave.

We have also been taking a balanced approach to build an economy that works for everyone, while making Britain fit for the future.

Figures from the ONS show that our economy grew by 0.3 per cent in July – ahead of forecasts. In fact, our economy has grown every year since 2010 – showing that our approach to the economy is working.

The employment rate is at a joint-record high, and the number of people in full-time employment has increased by 2.95 million since 2010, to 24.17 million – meaning that 74 per cent of the workforce now benefit from the security of a regular wage.

On top of this, wages have increased at their highest rate in over 11 years.  Average weekly earnings for employees have risen ahead of prices for 18 months in a row, meaning families have more pounds in their pockets.

Only Boris Johnson and the Conservatives will get Brexit done by 31st October and get our country back on the road to a brighter future.

Labour’s Brexit policy is just more pointless delay – having voted this month to ask for an extension (costing our country £250 million a week) if the EU do not agree to a deal by 19th October.

What’s more, the Liberal “Democrats” confirmed this week that they want to overrule the referendum result and revoke Article 50, despite having asked for an EU In-Out Referendum as far back as 2008.

Like Boris Johnson, I will not accept any attempt to go back on our promise and scrub out the referendum. Brexit must be delivered.