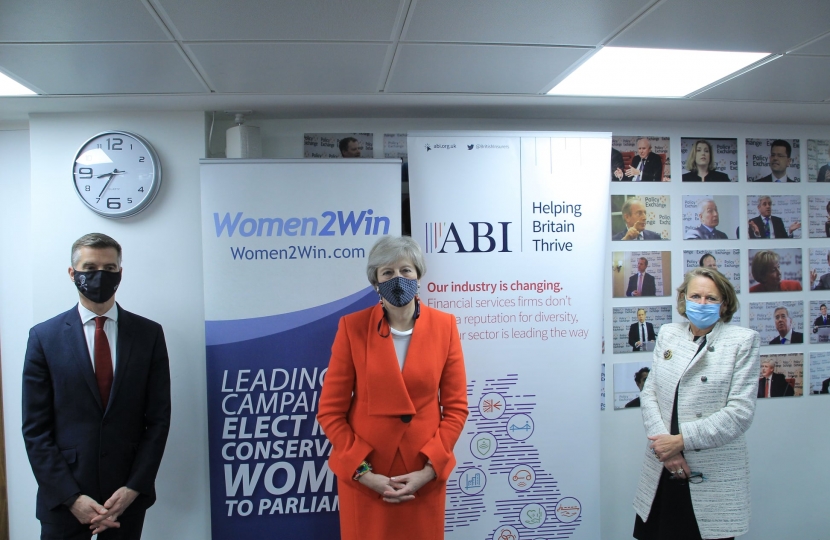 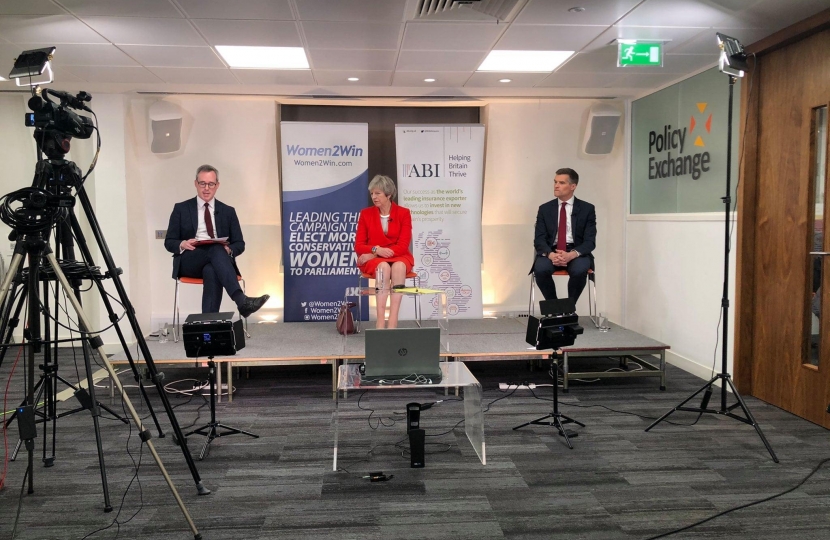 Recently, I was proud to join Women2Win to mark their 15 year anniversary, along with MPs, Peers, supporters and almost 300 fantastic female candidates who attended the event virtually.

As Co-Chairs of Women2Win, Baroness Anne Jenkin and I work together to support the campaign for more Conservative women to stand for public office – from local councils to the House of Commons.

We were also pleased to receive messages of support from former Prime Minister David Cameron and our current Prime Minister, Boris Johnson.

I was also joined by Women2Win co-founder and the UK’s second female Prime Minister, Theresa May, who took part in a Q&A with Conservative historian Lord Parkinson, encouraging women from all backgrounds to step forward and stand for election.

When Women2Win was launched in 2005, there were 17 Conservative women MPs. This equates to just 9% of the Parliamentary Party or to put it another way, 91% of Conservative MPs were men.

Today there are 87 Conservative women MPs, making up almost 25% of our MPs. While this is a massive improvement on the numbers 15 years ago, this is still only one in four.

Women’s representation and diversity are not politically correct optional extras but are rather essential features of any institution claiming to represent the people of this country.

The country and the Conservative Party need the very best talent available to us, and I will continue to campaign through Women2Win for more diversity on our green benches, and I look forward to more great Conservative women, like Stroud’s MP Siobhan Baillie, joining me in the House of Commons in the years to come.

I am pictured with Anne Jenkin and Theresa May, as well as taking part in a livestreamed discussion with Theresa and Conservative historian Lord Parkinson.