Why I voted against the EU Withdrawal Agreement 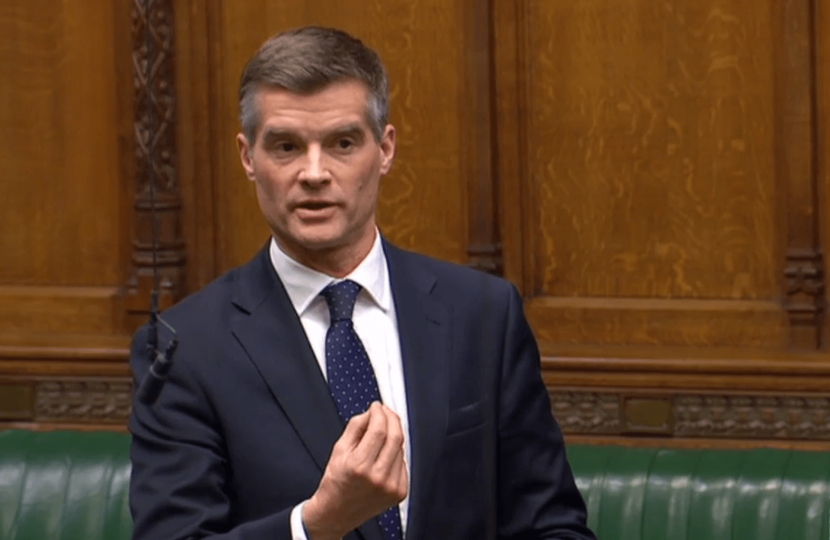 Brexit must be delivered.

I fulfilled my promise at the 2015 General Election to have a referendum on EU membership. As Government Chief Whip in the House of Commons, I ensured that the necessary legislation made it to the statute book, and gave us all a choice on our future membership of the EU.

While I backed Remain during the referendum campaign, I am first and foremost a democrat, and now the people have spoken, we must keep our promise to respect the vote.

To that end, I voted for giving the Prime Minister the power to trigger Article 50. Despite the efforts of some Labour MPs and the Lib Dems, I helped ensure that the Bill made it into law, and that Brexit was not blocked.

I want Brexit to be delivered in a way that sticks to the promises made in the Conservative Manifesto at the 2017 General Election, which included leaving the Customs Union and creating no new barriers to doing business within the United Kingdom.

Regrettably, the Cabinet's Withdrawal Agreement put to the House of Commons last week included a backstop which, if triggered, would trap the whole of the UK in a customs union with the EU, and it would not be possible for the UK to leave this customs union without the permission of the European Union.

There already is an Irish border for security, VAT, tax, excise and currency. According to Lars Karlsson, the former Director of the World Customs Organisation, the customs issue can be resolved by using existing international practices.

This backstop arrangement significantly weakens our negotiating position for our future relationship. The EU will have little incentive to agree such a relationship since in its absence, we would remain in a customs union and unable to sign any trade deals with faster growing markets around the world.

The Cabinet’s Withdrawal Agreement does not deliver the Brexit that 58.6% of my constituents in the Forest of Dean voted for, and it does not deliver on the promises made in the 2017 Conservative Manifesto. That is why, regretfully, I voted against it.