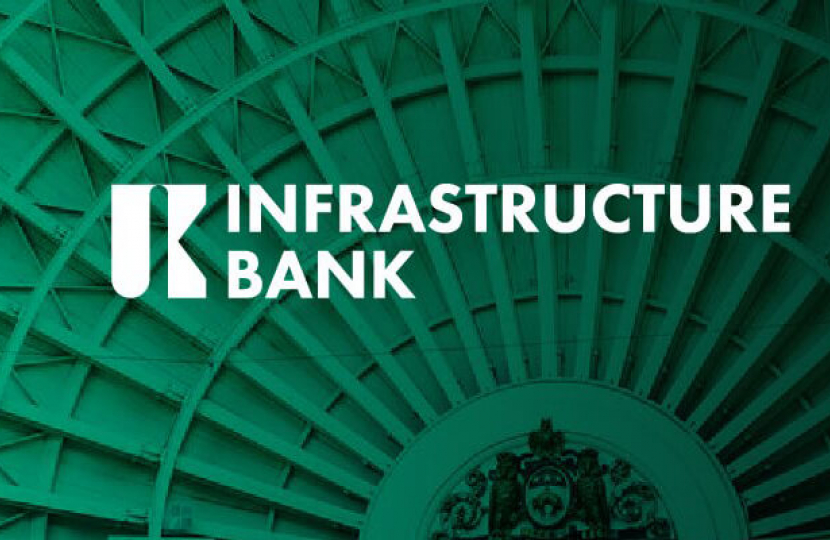 The UK Infrastructure Bank Bill is currently making its way through Parliament.

Launched in June 2021, the UK Infrastructure Bank is already providing leadership to the market in areas such as the development of new technologies. It is bolstering the government’s lending to local government for large and complex projects and helping to bring private and public sector stakeholders together to regenerate local areas and create new opportunities.

From its inception, its core objectives have been to help tackle climate change – particularly meeting our net zero emissions target by 2050 – and support regional and local economic growth through better connectedness, opportunities for new jobs and higher levels of productivity.

In total, the Bank will have £22 billion of financial capacity to deliver on its objectives. The Bank has invested across regions and sectors, across every nation of the UK, with deals completed in digital infrastructure, green transport and renewable energy.

It has undertaken 10 deals to date including some that will provide direct benefits to our region such as a £162.5 million investment in the NextPower fund which aims to double the amount of subsidy-free solar power in the UK and has constructed two plants in South Wales and Worcestershire. Other investments include £150 million to support NeuConnect – a UK-Germany undersea energy link that will lower energy costs and support our energy security – and £200 million to support the roll out of full fibre broadband to 8 million homes.

The UK Infrastructure Bank Bill is the last step in setting up the Bank as a long-lasting institution with a high degree of operational independence. The Bill will enable the bank to lend to the public and private sector, including local authorities, will put its objectives into law and firmly establish its governance structure, including an independent review of its impact every 7 years.

This setting up of and work of the Bank is yet another example of the Government’s commitment to the levelling up agenda – something that the Forest of Dean has felt the benefit of with £20 million from the levelling up fund that I helped to secure supporting projects in Cinderford, Berry Hill and Hartpury. The UK Infrastructure Bank is continuing this important work.

What does an infrastructure bank do? @Jesse_Norman, our sponsoring minister, explains ⬇️ pic.twitter.com/H1demJpsnA

This article was first published in The Forester newspaper.

Update: Stagecoach Services in the Forest of Dean

Over the last few weeks, I have been contacted by several of my constituents regarding changes to the Stagecoach service in the Forest of Dean.