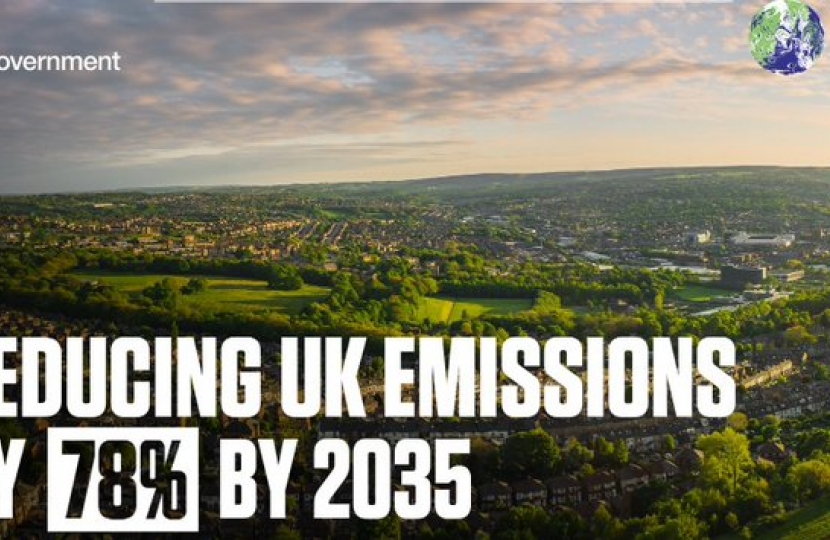 President Biden opened the summit by announcing that the US will target reducing emissions by 50-52 percent by 2030 compared to 2005 levels. I’m proud that the UK is doing the same.

We were the first country to pass legislation for net zero and we’re halfway there already. We have the biggest offshore wind capacity of any country in the world. We have carbon emissions lower than at any point since the 19th century, we’re ending support for fossil fuels overseas and doubling our international climate finance.

We’re actually speeding up because we see the obligations for developed countries to do more, we’re legislating to deliver 78% of the reductions needed to reach that goal by 2035.

As host of November’s COP26 summit in Glasgow, we want to see similar ambitions around the world and we’re working with everybody, from the smallest nations to the biggest emitters to secure commitments that will keep change to within 1.5 degrees.

We want to see even more examples of government and private industry working hand in hand, as with the newly launched LEAF Coalition to reduce deforestation and the multi-trillion dollar Glasgow Financial Alliance for Net Zero.

To do these things we’ve got to be constantly original and optimistic about new technology and new solutions - whether that’s crops that are super-resistant to drought or more accurate weather forecasts like those we hope to see from the UK’s new Met Office £1.2bn supercomputer we’re investing in.

This is about growth and jobs. We can build back better from this pandemic by building back greener.

The UK hosts COP26 with ambitious targets to combat climate change and the plans required to reach them.

It is this Conservative Government that is stepping up to the task and I am proud of our world leading, unceasing efforts to combat climate change.