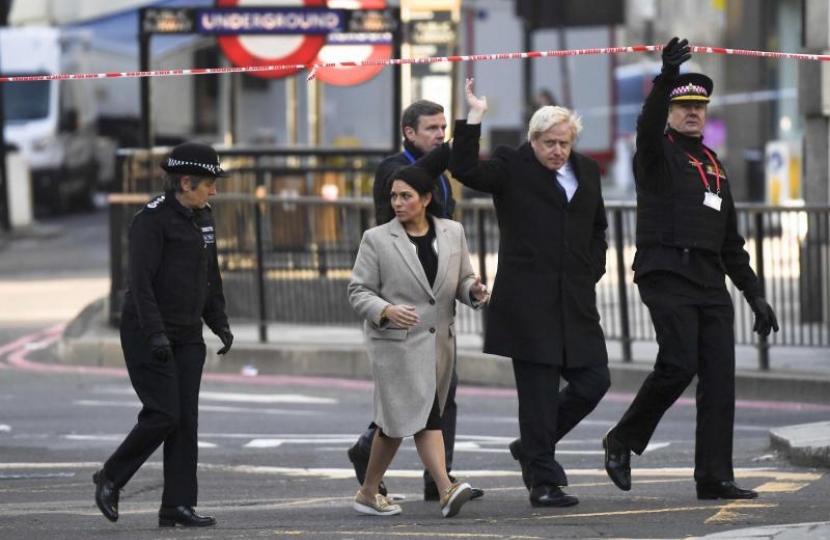 The incidents at Fishmongers’ Hall on 30 November 2019 and in Streatham on 2 February 2020 show that we are facing an unpredictable risk to public safety from released terrorist prisoners.

At present, terrorist offenders can receive a variety of sentences depending on the offence committed, and the court’s assessment of the risk they pose to society.

Most serious terror offences already attract extended sentences, which require an offender to be referred to the Parole Board before they can be considered for release before the end of their sentence. The worst cases receive life sentences and may never be released.

However, those who serve what are known as ‘standard determinate sentences’ are released automatically at the half-way point, under laws passed by the last Labour Government.  This means that authorities are powerless to prevent a release – even if an offender continues to display concerning behaviour.

The Terrorist Offenders Bill will prevent that from happening and make sure terrorist offenders are assessed by the Parole Board, who have the powers and expertise to examine sensitive evidence about the specific risks that terrorists pose to public safety.

The provisions of the Bill also ensure that the relevant terrorist offenders will serve at least two-thirds of their sentence before they can be considered for early release by the Parole Board.  As a result of this Bill, around 50 terrorist prisoners who are already serving affected sentences will see their automatic release halted.

I voted in favour of this legislation to end the automatic early release of terrorist offenders because I want to ensure that the public is kept safe.

To that end, I am also pleased to support the Government’s plans to introduce a new Counter Terrorism Sentencing Bill which will create a 14-year minimum sentence for the worst terrorist offenders, and remove the possibility of any early release from custody for serious dangerous terrorist offenders who receive an extended determinate sentence.

Recent months have been a stark reminder of the threat we continue to face from terrorism.  No dangerous terrorist should be released automatically only to go and harm innocent people on our streets.