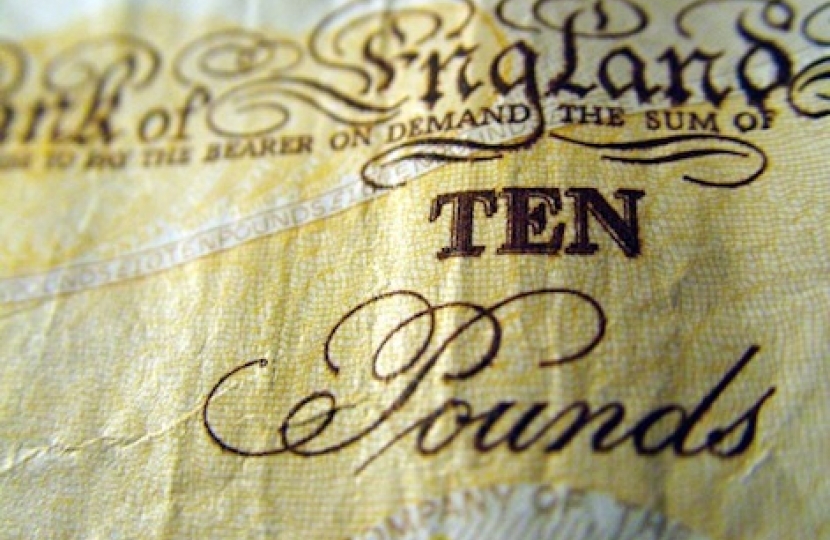 Last week, a range of new tax reforms introduced by the Government came into force. A further increase in the personal allowance from £10,600 to £11,000 is an effective income tax cut for over 30 million workers, while 17 million savers have been taken out of savings tax with the new Personal Savings Allowance. It is estimated that in the Forest alone, almost 45,000 people will receive a tax cut in 2016/17 compared to 2015/16, with almost 1,000 people taken out of income tax completely.

These tax reforms build on the introduction of the National Living Wage, which will be set at £7.20 an hour for over 25s, giving a direct pay rise to 2.5 million people across the country. The increased personal allowance will add to this, saving the typical taxpayer £80 a year, meaning that they are paying £905 less in tax now than in 2010. For too long those on low incomes were caught in a system where low earnings were taxed too highly. Through bold action such as the National Living Wage and cutting taxes, people will earn more and get to keep more of the money they earn.

The Government is also rewarding those who want to save. The creation of a new Personal Savings Allowance means the first £1,000 of interest a basic rate taxpayer earns on their savings will be completely tax free. 92 per cent of Britain’s savers will benefit from this, and 17 million people will now pay no savings tax at all. ISAs are also being updated, and will now allow savers to withdraw money whenever they want and replace it later in the year, without losing any tax free entitlement. These changes will be a big boost to tax free savings.

Over the course of this Parliament, the Government will continue to raise both the personal allowance and the National Living Wage. In 2017, the personal allowance will increase to £11,500 and by 2020 the National Living Wage will reach £9 an hour. The Government is on the side of working people, as we continue to move from a low wage, high tax economy to a high wage, low tax economy, and this is what these tax reforms will deliver.