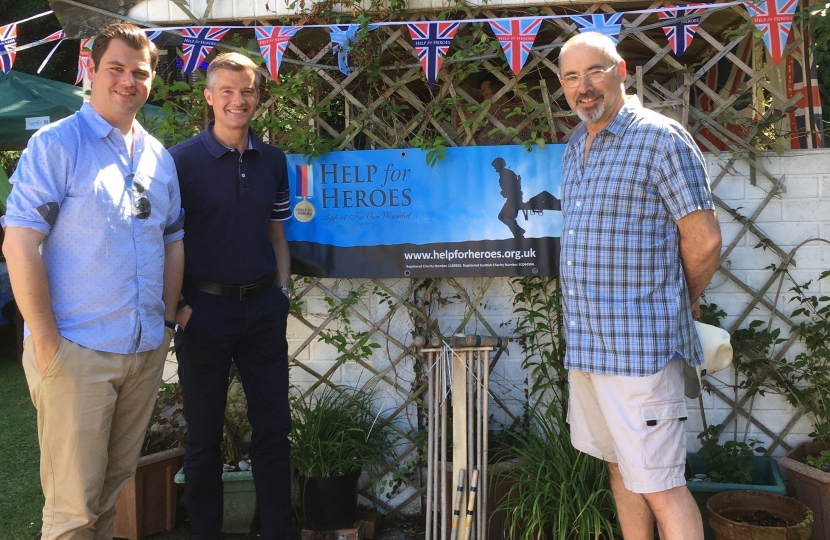 One of the enjoyable parts of being a local Member of Parliament is being able to attend all of the local fairs and fetes across the constituency that occur over the summer period. I try to attend as many as I can every year, though diary clashes often mean that I have to alternate some events year by year.

A number of local healthcare charities hold annual fetes over the summer to support local organisations. The first I attended this year was the Friends of Dilke Hospital fete on 10th June – 2 days after the recent General Election. After a busy few weeks on the campaign trail, it was good to speak with local campaigners to discuss the importance of local health services to people in the Forest. I also attended the Friends of Lydney Hospital fete a few weeks ago, and was happy to hear the commitment from our local healthcare providers to work on improving services in the Forest. This is something that I have actively campaigned on since I first got elected in 2005, when the previous health trust was looking to remove our local healthcare provision. Under the Conservatives, we are looking to provide more services, like chemotherapy and dialysis, closer to people’s homes rather than in the District Hospitals in Gloucester and Cheltenham.

In the north of the constituency, Cllr Len Lawton recently hosted a coffee & cake afternoon in aid of Help for Heroes. I was pleased to attend this year’s event, supporting a great charity who do outstanding work in offering support to serving and reservist personnel and veterans who have suffered injuries or illness as a result of their service to our nation.

I’ll be attending a number of other events across the summer, including the Newent Onion Fayre in September – one of the county’s largest festivals – amongst others. I will of course continue meeting other local organisations, and holding surgeries as normal.