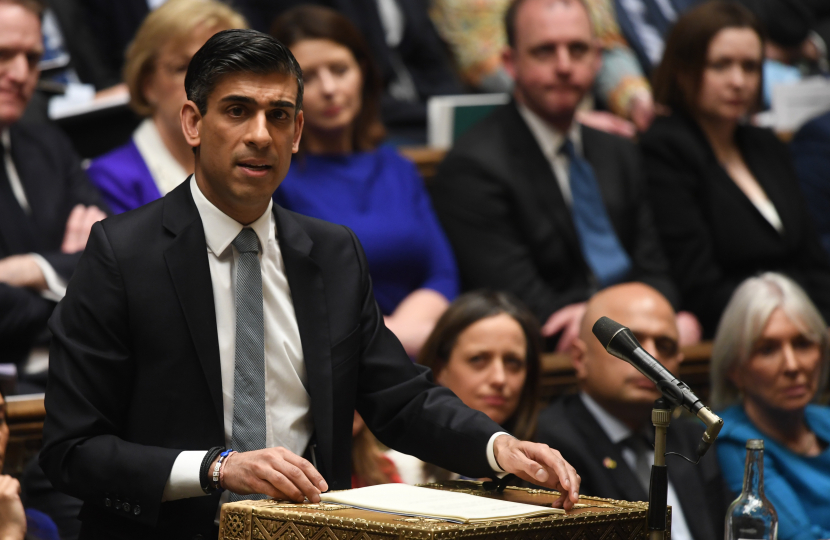 The Covid pandemic saw the worst economic shock in more than 300 years hit our country.  More than £400 billion had to be spent by the Chancellor on a package of support that saved thousands of jobs in the Forest of Dean.  Spending such a huge amount of money, though the right thing to do, has come at a cost.

Even before Russia’s invasion of Ukraine, interest rates and inflation were increasing across the world, meaning the cost of servicing our national debt, including that which we took on to support people through Covid, will climb to more than £80 billion over the next year.

This means the Government can no longer reliably borrow cheaply.  If we want to increase public spending on priorities, this has to be funded by increasing tax revenue or cutting spending elsewhere.  Anyone who says otherwise simply isn’t being honest with you.

Despite this difficult backdrop, the economy is recovering well thanks to the Chancellor’s actions, who led efforts within Government to open up our economy after Covid.

This allowed him to continue supporting people with the cost of living, with some headroom left that he will be saving for a further expected shock on energy prices in the Autumn.

Last month, £9 billion of support towards energy bills was announced, due to come into effect when the price cap goes up shortly.

In last week’s Spring Statement, this was followed up by measures including: the largest fuel duty cut ever – a 5p cut for 12 months; raising the National Insurance threshold for 30 million working people from July, a tax cut worth over £330 a year meaning 70 per cent of people will pay less tax even after the Health and Social Care levy needed to clear NHS Covid backlogs; cutting business employment taxes by raising the Employment Allowance to £5,000 – a tax cut for half a million small businesses worth up to £1,000 per business; and doubling the Household Support Fund to £1 billion for councils to support the most vulnerable.

The Government cannot insulate everyone from every price increase during these difficult times, but where help can be provided, it will be.