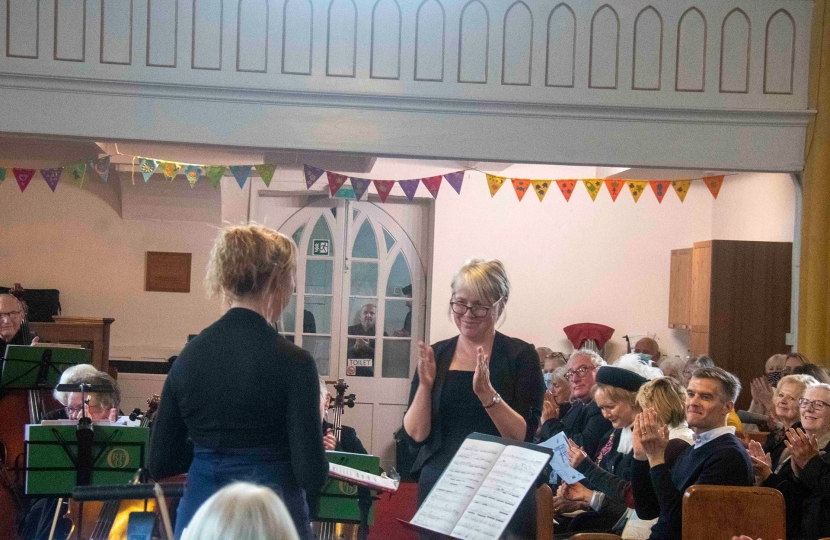 Every year Armistice Day and Remembrance Sunday provide a reminder for us all of the deep debt of gratitude we owe to those serving in our armed forces. This Remembrance Sunday, as I do every year, I will join members of our community at a service in the Forest of Dean to mark this solemn occasion.

Armistice events were originally meant to commemorate the First World War, a devastating conflict that claimed the lives of over eight hundred thousand British and Commonwealth service personnel. These losses were suffered from across all parts of our society, ranging from workers at places like the Tin Works in Lydney to Viscount Quenington, a Gloucestershire Member of Parliament.  We must hold dear each and every sacrifice that has been made in conflict.

As well as remembering past sacrifices, it is also important to pause on more recent sacrifices in conflicts since the two World Wars.

I recently attended the Royal Forest of Dean Orchestra’s concert at St Paul’s Church, Parkend, commemorating the 1951 Battle of the Imjin River in the Korean War.

Known as the Battle of Gloster Hill, the battle saw soldiers from the Glorious Glosters fight with incredible tenacity while vastly outnumbered by an offensive involving 300,000 Chinese soldiers.

In more recent conflicts in Iraq and Afghanistan, our own 1RIFLES, based at Beachley, returned home having lost a number of their valued colleagues, with this year’s commemorations the first since our withdrawal from Afghanistan. Our thoughts, prayers and eternal gratitude must forever be with them as well as their families and friends.

Each year, poppy sales provide an opportunity to support the work of the Royal British Legion to help those who have come out of the forces settle back into civilian life. As always, I encourage everyone to give generously to this worthy cause.

I hope that everyone will join me in giving thanks to members of our brave armed forces past and present and remember those who have given their lives for our freedom. We are forever grateful.