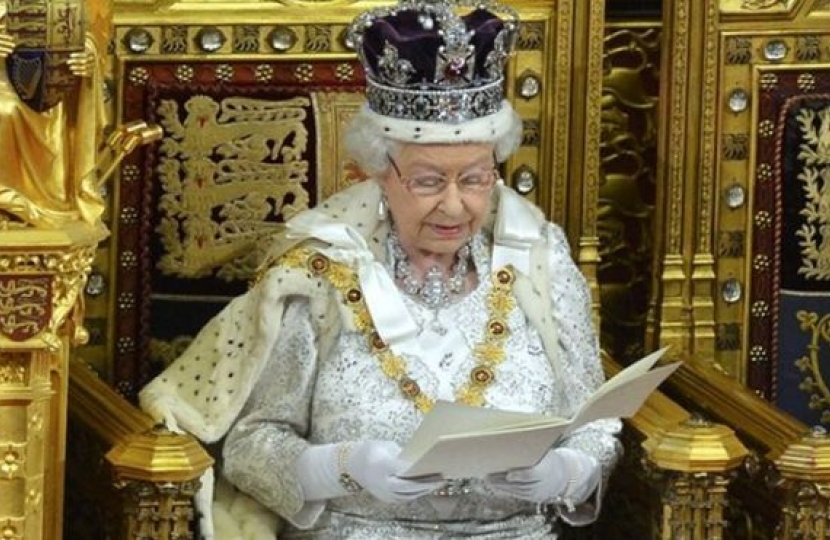 Following on from the election two weeks ago, this week is the State Opening of the new Parliament. As a new Parliament begins, the Queen reads out the Government’s plan for the next parliamentary session, in what is known as the Queen’s Speech.

The State Opening of Parliament is an occasion full of formalities and traditions, such as the searching of the cellars of the Houses of Parliament by the Yeoman of the Guard, a tradition stemming from the 1605 Gunpowder Plot. Perhaps the most well-known tradition is that of Black Rod, a House of Lords’ official, who walks from the Lords to the Commons, before having the Commons’ doors slammed in his face.  This maintains the right of the Commons to debate without the presence of the Queen's representative.  After knocking three times, he is let in to read Her Majesty’s command for MPs to attend the House of Lords to hear the Speech. MPs then walk across to the Lords to listen to the Queen’s Speech.

Although it is called The Queen’s Speech, it is in fact always written by the Government.  It contains the Government’s plans for the next session of Parliament - in particular, the Bills that they will introduce.  The Speech does not limit what the Government can do. Usually the Speech states that ‘other measures will be laid before you’, allowing other Bills to be introduced if necessary.

While Theresa May does not have a majority in the House of Commons, as the Party Leader with the highest number of MPs, she is able to form a Government and put a Queen’s Speech before Parliament. It is likely that the Democratic Unionist Party (DUP) will support this Queen’s Speech, which combined with Conservative votes gives the Government majority support in Parliament.

The agreement with the DUP will be what’s known as a ‘confidence and supply’ deal, where the DUP will support the Government on major votes, such as the Queen’s Speech, but without any formal coalition agreement.

Next week, I will go into more detail on what is included in this year’s Queen’s Speech, and what it means for the people of the Forest of Dean.