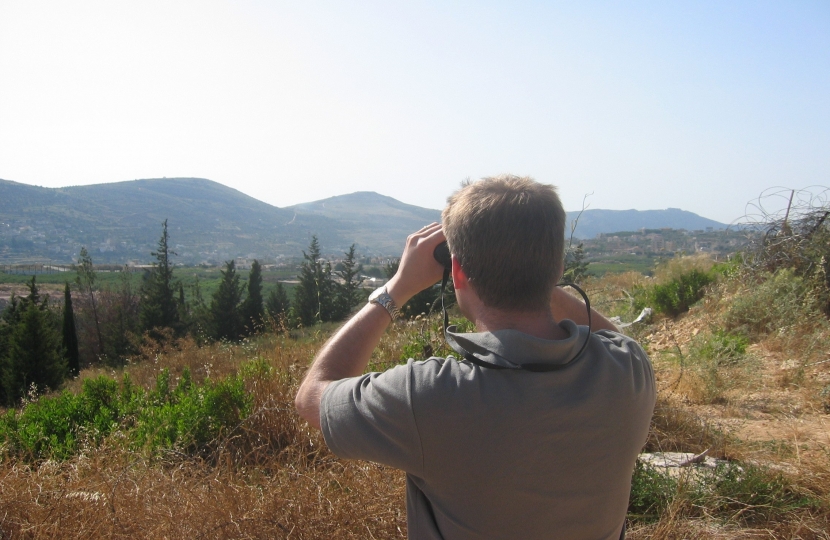 Over the recent Whitsun recess, I led a trade delegation of MPs and peers to Israel, in conjunction with Conservative Friends of Israel. UK-Israel trade is at record levels, and as we plan for our exit from the European Union, it is important for us to look at trade opportunities further afield than Europe, and to explore and promote possible post-Brexit free trade deals with countries like Israel. I was joined by 7 fellow senior Conservative parliamentarians, including former International Trade Minister (and former Forest of Dean District Councillor!) Mark Garnier MP, and by Alex Chalk MP (MP for Cheltenham).

The trip included visits to some of Israel’s leading companies across a range of sectors, including high-tech, energy, medical science, and FinTech, as well as meetings with key politicians, officials, and leading businesspeople.

Of particular interest to Gloucestershire were our visits relating to cyber security. Cheltenham is growing into an important hub for the cyber-sector, fostering closer relations between GCHQ and the private sector, and is a sector that many people who live in the Forest are involved in. It was interesting to see the opportunities that future trade deals could present to our local economy.

Renowned worldwide as the ‘Start-Up Nation’, Israel is an exciting and dynamic place for British businesses to operate and it was great to hear about the many opportunities to take the already record levels of UK-Israel trade to the next level. Trade between the UK and Israel is at a record high, with total bilateral trade amounting to £6.9 billion in 2017, an increase of 25 percent from 2016. Over the past 10 years, the value of bilateral trade in both directions has increased by 60%. The UK is Israel’s second largest trading partner.

Business and trade success is also important in ensuring that both the Israeli and Palestinian economies are strong so that, when the politics allows, a viable two-state solution is possible.

While we were in Israel, on a separate visit, Science Minister Sam Gyimah MP signed new landmark agreements which will boost innovation and academic and scientific collaboration between the UK and Israel. I hope that these will prove the first step in further improving the relations between our two countries.