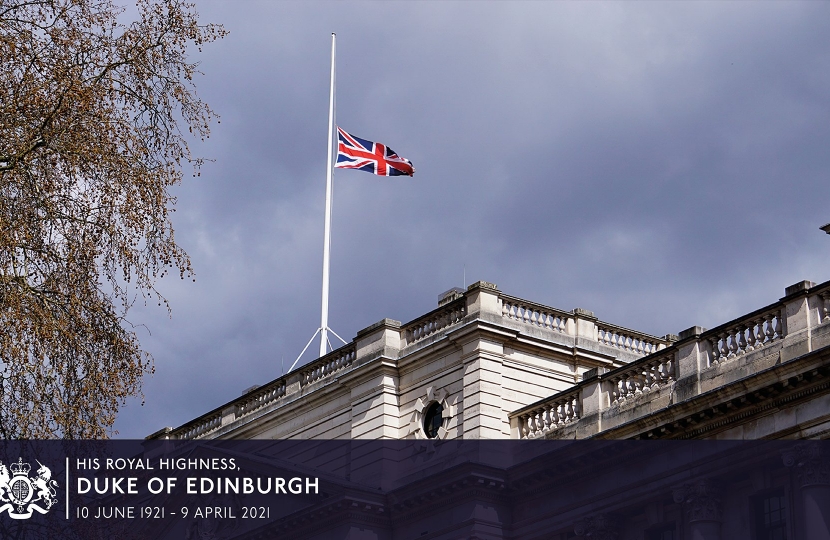 I am sure many across the Forest of Dean, the country and the world are joining me in mourning the death of His Royal Highness The Prince Philip, Duke of Edinburgh, last Friday at the age of 99.

His life was one of support for Her Majesty The Queen and service to his country.

As the Prime Minister said, he was the longest serving consort in history and one of the last surviving people in this country to have served in the Second World War at Cape Matapan, where he was mentioned in despatches for bravery, and in the invasion of Sicily where he saved his ship by his quick thinking.

A committed environmentalist, he was a champion of the natural world long before it was fashionable and his Duke of Edinburgh Awards scheme inspired countless young people.

It is fitting that one of his final public appearances last July was handing over the position of Colonel-in-Chief of The Rifles, the 1st Battalion of which is based at Beachley Barracks, to the Duchess of Cornwall.

The period of national mourning will last until 8am on Sunday, the day after the funeral at Windsor Castle, and as one of Her Majesty’s Privy Counsellors I shall be in mourning dress this week.

On behalf of our community, I send my deepest condolences to Her Majesty The Queen and the Royal Family.

It has also been over this past week that I have been saddened to learn of the recent death of Paul Marland, my predecessor-but-one.

Between 1979-1997, Paul Marland served as MP for West Gloucestershire, which comprised of the present-day Forest of Dean constituency along with communities in Brockworth, Churchdown and Innsworth.

From a Gloucestershire farming family, he had a well-deserved reputation as a very good constituency MP.

His obituary in The Times is a fine read, rightly describing him as an “amiable politician” who “regarded public service as a duty”.

I send my sincere condolences to Paul Marland’s family and friends.