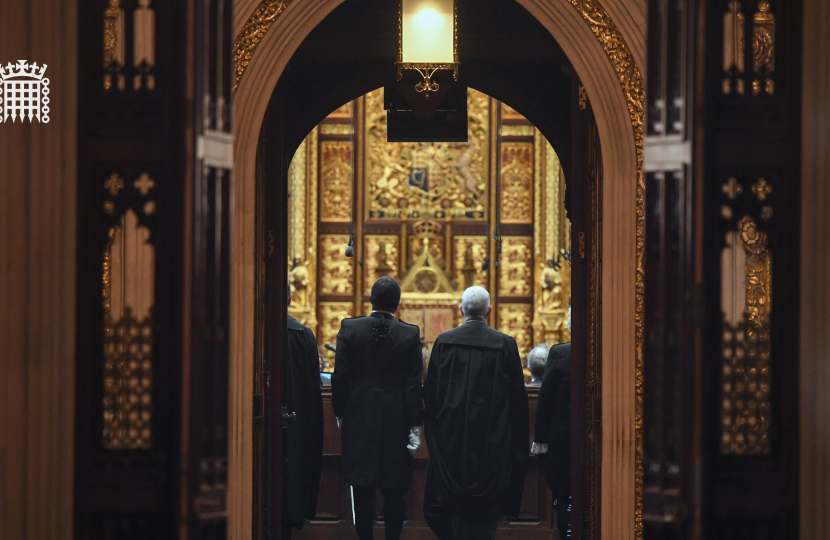 Last week, Parliament was prorogued – bringing an end to the 2021-22 parliamentary session, where a number of important Bills became law.

The Police, Crime, Sentencing & Courts Act gives the police and courts the powers they need to target reoffenders and the most dangerous criminals.  This Act makes sure criminals spend longer in jail, making sure child murderers spend the rest of their lives behind bars and doubling the sentence for assaulting emergency workers.  Tougher community sentences mean offenders give back to society, and new powers will help the police target repeat offenders.

The Skills and Post-16 Education Act is providing skills focused learning and eliminates the barriers that hold people back.  We are providing a Lifelong Loan Entitlement and introducing local skills improvement plans, supporting collaboration between employers and providers.  Access to technical qualifications is being widened, with new T Levels – boosting high quality skills learning across the country.

The Animal Welfare (Sentience) Act formally recognises that animals experience feelings in the same way humans do in law – as we lead the world with the highest standards of animal welfare.

The Judicial Review and Courts Act modernises our courts system and improves the system’s efficiency, cutting the backlog of cases.  Some court proceedings have been replaced with online alternatives in order to free up resources for courts to hear more cases and the sentencing powers of magistrates have been increased to help drive down the backlog that built up over Covid.

I was pleased to vote for all of these pieces of legislation and I hope that their positive effects will start being felt very soon.

The State Opening of Parliament, which marks the formal start of the Parliamentary year, will take place on May 10. Although it is called The Queen’s Speech, it is in fact always written by the Government.  It contains the Government’s plans for the next session of Parliament - in particular, the Bills that they will introduce.

I will be working in the Forest of Dean, continuing to undertake constituency engagements and casework on behalf of constituents who ask for my help.