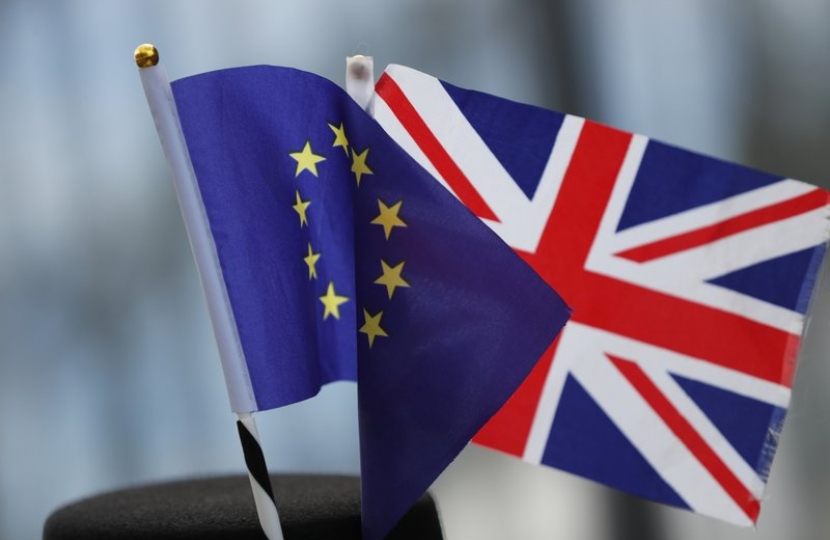 On 31 January, this country left the EU and we are now entering a new chapter in our history. This Conservative Government, and I as your Member of Parliament, have honoured the expressed wish of a clear majority of people across the Forest of Dean and the country.

We will now have the freedom to frame our own laws, control our own borders, lower all our taxes, set our own tariffs, determine our own trade relationships, and ensure that we follow the people’s priorities on security, the economy, and democratic accountability.

Over the next nine months, we will negotiate a new relationship with our friends and partners in the EU based on free trade and friendly co-operation. Talks with the EU on our future relationship began this week, with the aim to secure a comprehensive free trade agreement as well as agreement on questions such as fisheries, internal security and aviation.

We are confident that those negotiations will lead to outcomes that work for both the UK and the EU, but our European partners, and, above all, the British people should be in no doubt: at the end of the transition period on 31 December, the United Kingdom will fully recover its economic and political independence.

We respect the EU’s sovereignty, autonomy and distinctive legal order, and we expect it to respect ours. We will not accept or agree to any obligations where our laws are aligned with the EU or the EU’s institutions, including the Court of Justice. Instead, each party will respect the other’s independence and the right to manage its own borders, immigration policy and taxes.

The United Kingdom has a proud record when it comes to environmental enhancement, workers’ rights and social protection. In a number of key areas, we either exceed EU standards or have led the way to improve standards. We will not dilute any existing protections.

This Government will use our recovered sovereignty to be a force for good in the world and a fairer nation at home, seeking the best possible relationship with our friends and allies in Europe, but always putting the welfare of the British people first.