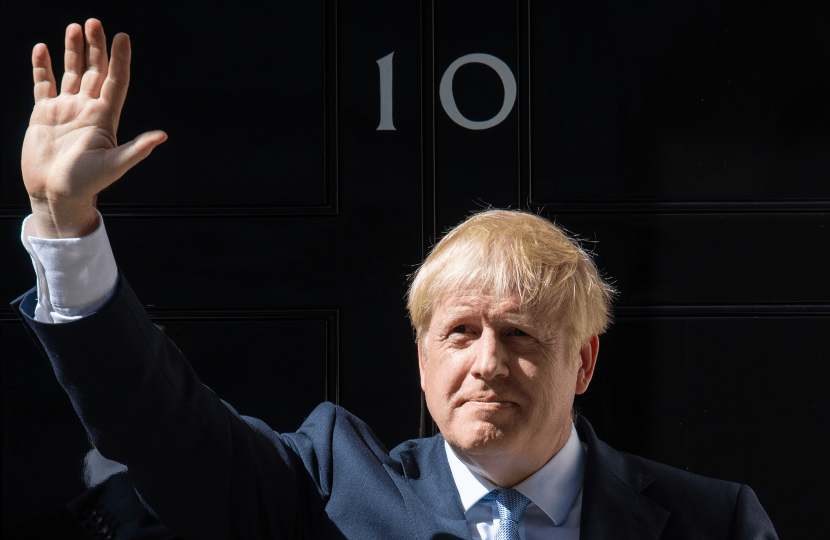 Last week, Boris Johnson was elected the new Leader of the Conservative and Unionist Party, and was appointed our new Prime Minister.

I support the Prime Minister’s efforts to leave the EU with a new deal – one which abolishes the backstop. However, to ensure that we are prepared for every outcome, the Government will properly plan for no deal so that the country is prepared if the EU’s leaders refuse to reopen negotiations.

The Chancellor, Sajid Javid, has said that all the necessary funding to prepare for no deal is being put in place, including 500 new Border Force officers, support for Brits living abroad, and help for businesses.

Speaking in Manchester on Saturday, the Prime Minister also promised to focus on the domestic issues which matter most to people – starting with education. Boris Johnson has reaffirmed his promise to increase funding for our schools, so that every child gets more guaranteed minimum funding, regardless of where they live. This will be welcomed by Forest schools.

He has also pledged to tackle crime by recruiting another 20,000 police officers. This unprecedented drive to deliver more frontline officers will start within the next few weeks.

What’s more, the new Government plans to spread growth and prosperity in every corner of the UK - delivering the change that people voted for in the EU Referendum.  Regional mayors will have their powers levelled up. The Government will invest in a new rail route between Manchester and Leeds to improve transport links across the North, and create a new £3.6 billion “Towns Fund” to improve transport and broadband connectivity for communities across the country.

On top of this, Boris Johnson announced this week the expansion of Growth Deals across Scotland, Wales and Northern Ireland, backed by £300 million of new funding, providing support across our United Kingdom.

I will continue to serve the Forest of Dean from the backbenches and support the new Prime Minister and his Government as we fulfil our promise to implement the result of the referendum.  I will work with my Conservative colleagues in Government to ensure that the Forest benefits from the Government’s new policies that will get Britain back on the road to a brighter future.