My support for the Prime Minister 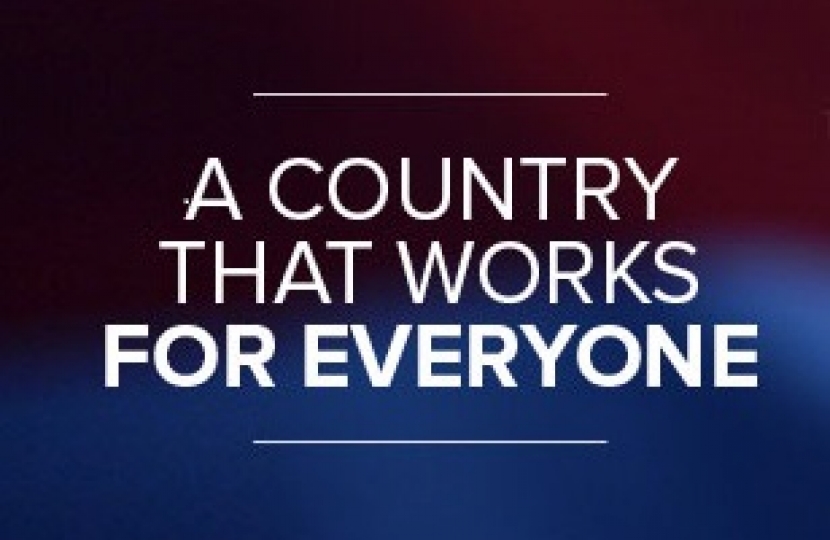 The Prime Minister has received some unfair criticism in recent days. She is, like the rest of us, human, and we all get ill at times.

The fact the Prime Minister was ill during her speech to the Conservative Party Conference, but persevered through regardless (with some help from the Chancellor's cough sweets!) shows that she is willing to tough it out and get on with the job, even when obstacles appear. I think this is commendable and not something to be criticised.

It hasn't been helpful for colleagues to publicly criticise the Prime Minister. While the election result was not what some may have expected, it is worth remembering that the Conservative Party won the election, winning more votes and more seats than any other Party (and yes - despite his rhetoric, Jeremy Corbyn lost the election).

Neither has it been helpful for some colleagues to brief against various members of the Cabinet. It is imperative for Parliamentarians to work together to deliver what the public voted for, and not fight among themselves. Such infighting is not in the interests of the people involved, of wider Conservative supporters, nor, most importantly, is it in the interests of our country.

For the record, I support the Prime Minister in delivering Brexit and delivering on a bold package of domestic reforms that she has begun to outline, to build a country that works for everyone. Her Conference speech had some important announcements, such as an independent review of mental health legislation by expert Professor Sir Simon Wessely, and £2bn more investment in social and affordable housing.

These measures are a good start on delivering the package of reforms we need. However, we have to go further to fully deliver our promises to the British people. We must put forward proposals to properly tackle the housing shortage - investment in new social housing is welcome, but we need more innovative reforms to deliver the millions of homes that we promised to help millions of families to own their own homes.

We must also deliver Brexit. This means leaving European Court of Justice control, and placing proper controls on immigration. To do this, we must leave the Single Market, as membership of the Single Market is not compatible with controlling our own immigration policy.

The Prime Minister made a good start, despite the press coverage. Now she needs to be bold and deliver on the promises we made to the electorate.