More money for the Forest of Dean 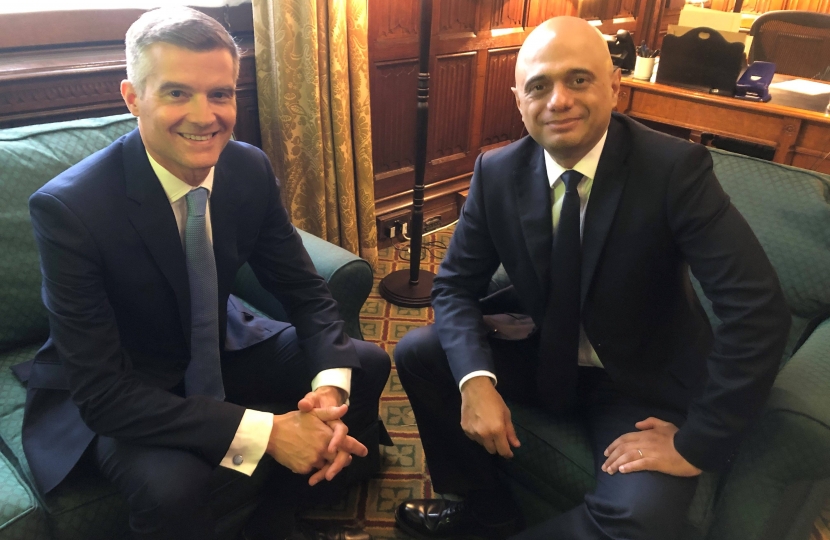 Amid another busy week in politics, last week saw the Chancellor, Sajid Javid, deliver the Spending Round setting out the budgets for Government departments over the coming year.

The hard work of the British people and the tough decisions made by successive administrations since 2010 have reduced the deficit, meaning we can now turn the page and spend more on our vital public services.

The deficit is forecast to be only 1.1 per cent in 2018-19 compared to nearly 10 per cent in 2010, and we are able to deliver the fastest increase in day-to-day departmental spending in 15 years.

It’s vital that every pound of taxpayers’ money is spent wisely. This Spending Round is being delivered within the Government’s existing fiscal rules and with a new focus on outcomes – ensuring that extra spending results in improvements that make a difference to people’s lives.

I am really pleased that one of the key announcements was to increase minimum per pupil funding. Next year every secondary school will receive a minimum of £5,000 per pupil, and by 2021-22 every primary school will get at least £4,000 per pupil – representing a real boost for schools in the Forest of Dean.

The Government also announced an investment of £400 million in Further Education, the single biggest annual increase for the sector since 2010, to train and teach our young people the skills they need for well-paid jobs in the modern economy.

The Spending Round also ensured that people will start seeing the £33.9 billion cash increase for the NHS in their frontline services. In the Forest of Dean, we are getting our own brand new £11 million community hospital in Cinderford.

We will be spending an additional £1 billion on social care to support local authorities to meet rising demand and also maintaining £2.5 billion of existing social care grants while consulting on a 2 per cent precept to enable councils to access a further £500 million.

Thanks to the hard work of the British people and tough decisions made by successive Conservative Governments since 2010, we can begin a new decade of renewal.