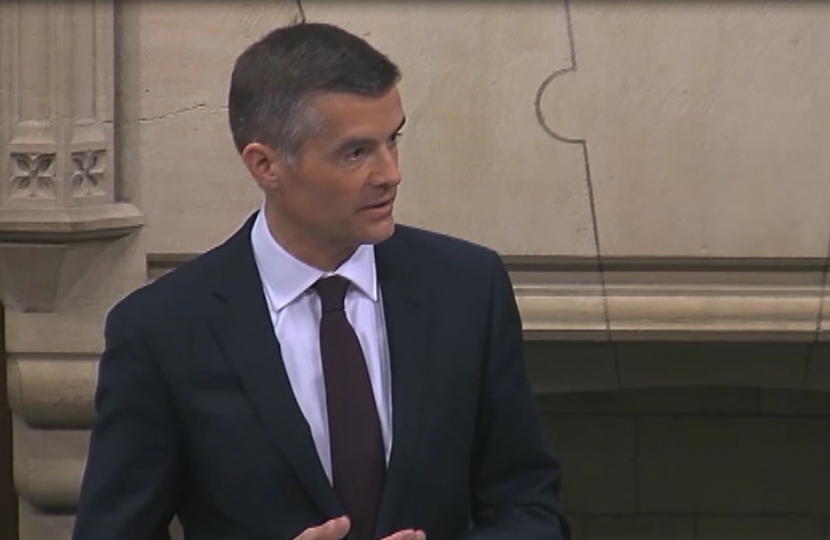 Last week I held a debate in Parliament about migration policy. Migration can be good for Britain if it makes us all richer – not just those that have come here to work. It can benefit the public finances and help with the budget deficit, but only if those coming have sufficient skills and earn a large enough salary. After we have left the EU, our migration policy for new EU nationals coming here to work should be the same as those from outside the EU – based on what they can contribute to our country, not where they are from.

Given that in the UK, we have a welfare system and brilliant public services like the NHS, it is important that those coming here make a positive contribution to the public finances, so that they pay their way rather than being subsidised. An independent expert committee for the Government concluded that a household needed to earn over £25,000 before they were contributing more in taxes than their share of the cost of public services.

The British Government is right to have a generous approach to existing EU nationals in Britain, allowing them to stay and live their lives as they have been. Just as we want to secure that same right for British citizens currently living elsewhere in the EU.

But, in the post-Brexit world, for EU nationals wanting to come to Britain to work, we should apply the same rules as we currently do for anyone from the rest of the world. That means there are tough requirements on them for the skills they bring, and the salaries they earn. This is important for three reasons.

First, it will make sure that we grow the economy faster than the growth in population, making us all better off.  Second, everybody coming here to work will make a positive contribution to the public finances. Third, as we seek trade deals with fast-growing nations around the globe, we can no longer justify treating people wanting to come here to work in different ways, purely based on where they are from, rather than the contribution that they are going to make to Britain.

Britain should always be open to the best and the brightest people from around the world, who want to come here to work and create businesses. With the right rules in place, we can ensure they make us all better off when they do so.