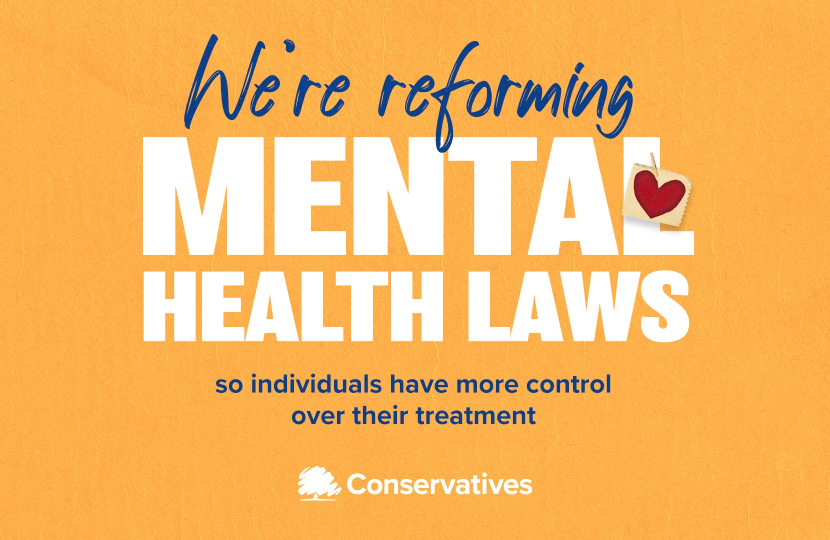 Last week, the Government set out the draft Mental Health Bill ahead of pre-legislative scrutiny, including the measures it contains to support people with severe mental illnesses, give people more say over their care and ensure they are treated with the dignity and respect they deserve.

This is a big step closer to fulfilling two Manifesto commitments I was elected on in 2019: to “legislate so that patients suffering from mental health conditions have greater control of their treatment and receive the dignity and respect they deserve” and to “make it easier for people with learning disability and autism to be discharged from hospital and improve how they are treated in law”.

The Independent Review and the resulting White Paper were both undertaken in collaboration with mental health experts as well as those with lived experience. The proposals were warmly welcomed by those in the mental health sector and in Parliament.

The reforms set out in the White Paper will shift the balance of power from the system to the patient, giving people more say over their care and treatment, and more opportunities to make clear what works for them.

The reforms will also help to tackle significant disparities in the number of people from ethnic minority backgrounds detained under the Mental Health Act, and make it easier for people with a learning disability and autistic people detained under Part II of the Act to be discharged from hospital.

The publication of this draft Bill for pre-legislative scrutiny is a significant milestone. It will provide service users, their loved ones, professionals, and parliamentarians with an important opportunity to ensure their voices are heard.