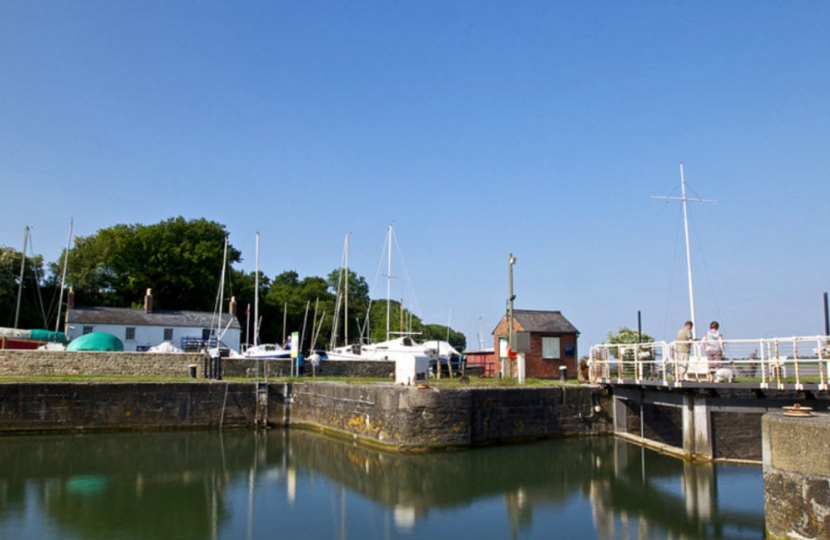 Last week, the Government announced that 70 projects up and down the British Coast have been awarded a total of over £36 million from a UK government fund.

The Coastal Revival Fund announced 44 locations which will benefit from grants of up to £50,000 for restoration of coastal landmarks which have fallen into disrepair. The scheme aims to protect local heritage and offer an opportunity to breathe life back into the local economy.

I am really pleased that the Lydney Harbour Sea Gates project was awarded the maximum amount of Government support, £50,000 of taxpayers’ funding, for their efforts to repair and refurbish Lydney’s historic sea gates.

The Government’s Coastal Communities Fund has also announced 26 awards from its fifth round of grant applications. This injection of funding for coastal communities comes on top of over £180 million from both funds invested in more than 350 projects so far.

Coastal communities play an important role in the UK, accounting for the employment of over 250,000 people across 150 seaside resorts, and contributing £4 billion each year to the national economy.

I welcome the Government’s support to bring sustainable economic regeneration to coastal towns. These grants will create new jobs, boost economic growth and further increase tourism across the UK.  It comes as part of the Government’s effort to build an economy that works for everyone, with coastal communities thriving all year round.

It is particularly great to see a project in the Forest of Dean benefitting from money as part of the Government’s Coastal Revival Fund, and I would like to take a moment to thank the local businesses, councillors and members of the public who got involved with Lydney’s Coastal Community Team and put the application together. Their hard work and initiative should help attract even more visitors to the local area, while retaining and safeguarding its historic character and structure.

I look forward to following the progress of the Lydney Harbour Sea Gates project with interest.