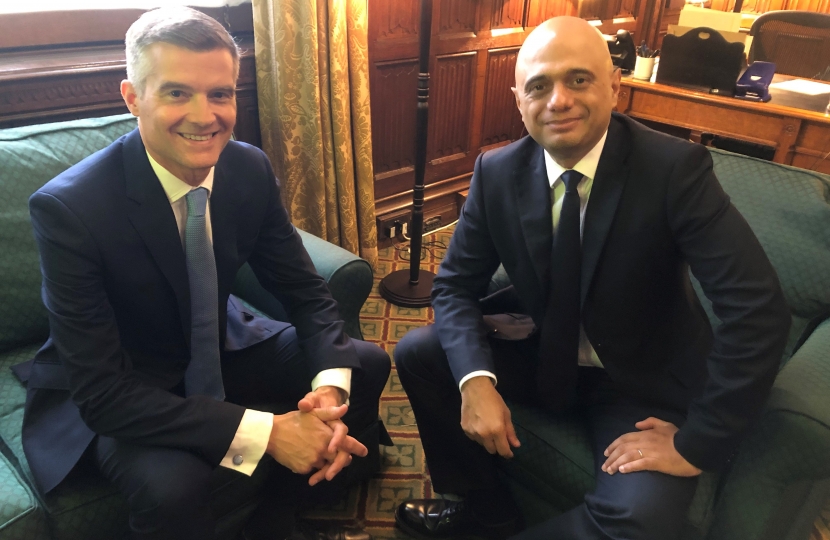 2019 has been a busy year, both in national politics as well as locally in the Forest of Dean.

At the General Election, the Conservatives set out a positive vision for the UK after Brexit, which included strengthening our NHS, raising school funding and tackling crime.

Every secondary school will receive a minimum of £5,000 per pupil this year, with every primary school getting a minimum of £4,000 from 2021/22 - giving schools across the Forest of Dean a significant increase in their funding.

I want to ensure that families and students have as much choice as possible about where they learn. I was delighted to see Dene Magna welcome its first wave of A Level students, and to see the new Gloucestershire College campus up and running after personally lobbying the Treasury for the necessary funding.

2019 also saw the announcement of the location for our new £11 million community hospital in the Forest of Dean, which will be built off Steam Mills Road in Cinderford.

Lydney was selected to receive £2.1 million of taxpayers’ money from the Government’s Coastal Communities Fund. I was pleased to support Lydney’s bid for funding back at the start of last year, as I did with Cinderford’s Future High Streets Fund bid.

Another highlight was hosting Lucozade Ribena Suntory for an event in Parliament, fresh from their announcement of a £13 million investment into their world-class factory in Coleford. I have always supported local businesses and employers across the constituency.

In the Forest of Dean, the number of people who are claiming out-of-work benefits has fallen by nearly a third since 2010 – making the claimant rate lower than the UK average.

In fact, employment in the UK is at its highest rate on record, at 76.1%, with 3.76 million more people in work since 2010 – including a record number of women and disabled people in work.

This Conservative government will keep the economy growing as we deliver Brexit and unleash Britain’s potential, as we enter the next decade of our great country’s story.