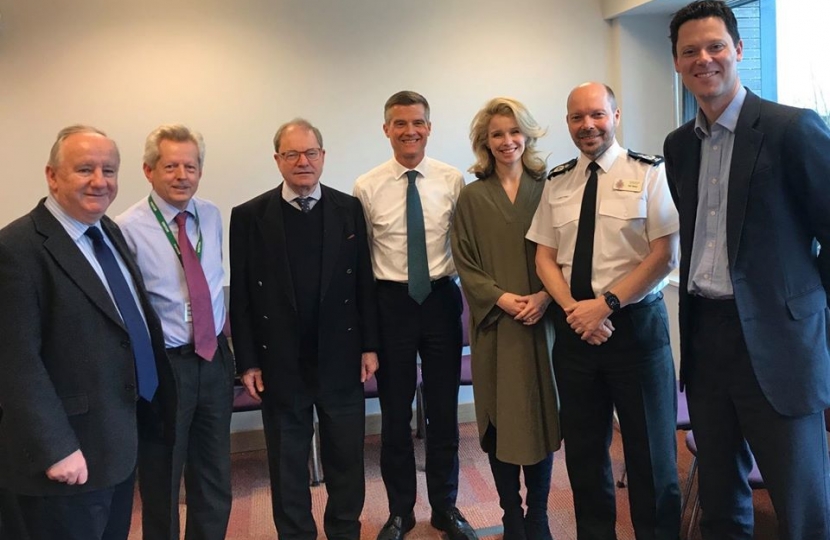 A key promise of the Conservative manifesto that I stood on at December’s General Election was an increase of 20,000 police officers by 2023.

Since the start of the recruitment drive in September 2019, a total of 4,336 extra officers have joined police forces across England and Wales as a direct result of the campaign.

I am pleased to say that 60 of these extra officers are right here in Gloucestershire – the second highest increase in the entire South West, only behind the Devon and Cornwall force.

These statistics confirm that the Government remains on track to hit its manifesto commitment of 20,000 extra officers by 2023, and that forces have successfully accelerated their recruitment plans to meet their target of 6,000 more officers by March 2021.

The recruitment drive is at the centre of the Government’s commitment to back the police with more resources, powers and support to keep the public and their communities safe.

Only recently, it was announced that police pay will rise by 2.5% this year, equivalent to a constable receiving an extra £1,100, while officers will be provided with an increase above inflation for the second year running – the largest pay rise in a decade.

The Government has also launched a targeted consultation for doubling the maximum sentence for assaults on emergency workers to two years and has set out plans for a Police Covenant, focusing on physical protection, health and wellbeing and support for families.

Other steps to support our frontline officers include the £1.1billion funding boost for the policing system this year (the biggest increase in a decade), funding to provide over 8,000 more officers with Taser and expanded stop and search powers so that officers can keep themselves and the public safe.

I am pictured with Gloucestershire’s Chief Constable, Rod Hansen, and my fellow Gloucestershire MPs earlier this year in pre-COVID/social distancing times.