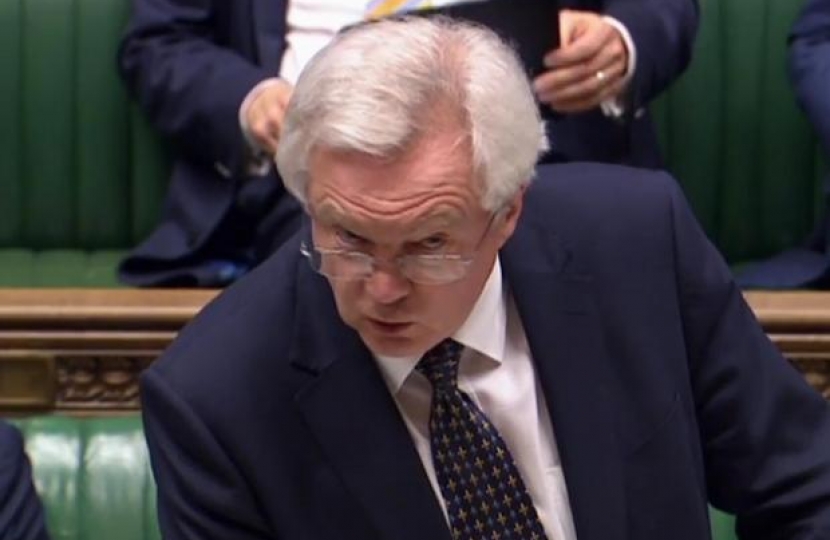 As I wrote last week, the Brexit process is now underway, following the triggering of Article 50 by the Prime Minister. Leaving the European Union is a considerable change to our political system, and in order to ensure that we fully leave the EU the Government has outlined a proposal for The Great Repeal Bill.

Secondly, the Great Repeal Bill will maximise certainty and clarity. The Bill aims to ensure that the existing body of EU law (known as the ‘acquis’) is converted into domestic law, so that on the day of the UK’s departure from the EU, there are no gaps in our legal system. This will ensure that we have legal certainty, while also giving a stable domestic base from which Parliament can choose to retain, or change, the law in any way it sees fit. All workers’ rights will continue to apply after we leave the EU, as they did before.

The Government believes that its first objective in negotiating the withdrawal from the EU is to provide businesses with as much certainty as possible. Clarity will help people to plan effectively, recruit properly and invest as necessary, while the negotiations to develop a new partnership with the EU is ongoing. The Great Repeal Bill is an important part of this, and builds on decisions the Government has made since the referendum.

As we leave the EU, we have an opportunity to ensure that returning powers sit closer to the people of the United Kingdom than ever before. The Government will work closely with the devolved administrations to deliver an approach that works for the whole United Kingdom, but what is clear is that the outcome of this process will be a significant increase in the decision-making power of London, Cardiff, Belfast and Edinburgh.

The Great Repeal Bill’s pragmatic but principled approach will maximise certainty, provide clarity and allow for proper Parliamentary scrutiny during the process of leaving the European Union.