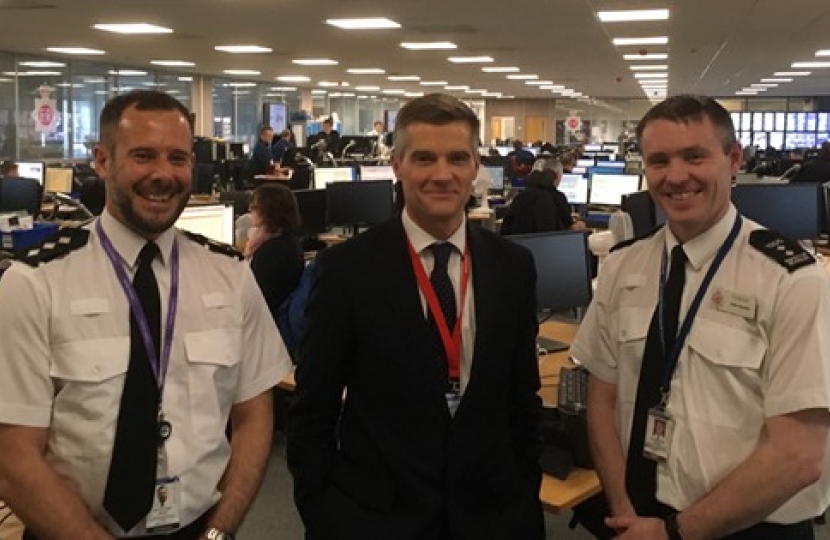 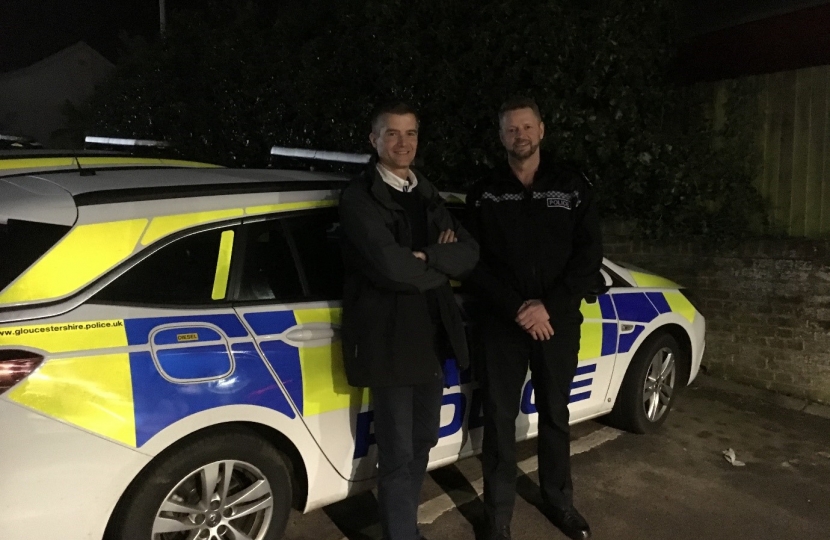 I recently had the opportunity to do both a ride along with local police and visit Gloucestershire Constabulary’s Force Control Room to see some of the vital behind the scenes work. Both visits gave me a valuable insight into what happens when one of my constituents calls the police.

When a 999 or 101 call is placed, it will be answered by one of the 150 Force Control Room staff and 38 Initial Investigations Team (IIT) Officers working 24/7 at Police Headquarters in Quedgeley. The Force Control Room is a busy place to work and the team deal on average with 17,581 101 calls and 13,529 other incidents a month. If needed, a response team will then be dispatched to deal with the incident.

When I visited Coleford Police Station and accompanied PC Tim Byard on his response shift, we were called to a number of potential emergency situations. The work of the response team is often very varied, dealing with anything from a Mental Health Crisis and missing vulnerable people to anti-social behaviour and sudden deaths.

I would like to take this opportunity to thank PC Tim Byard and Gloucestershire Constabulary for the important and dedicated work they do in keeping my constituents safe.

Having seen how hard our officers work, both in the Force Control Room and on the frontline, I will continue to work closely with Gloucestershire Constabulary, at all levels, to ensure that local communities in the Forest of Dean continue to be kept safe.