How I voted on Brexit 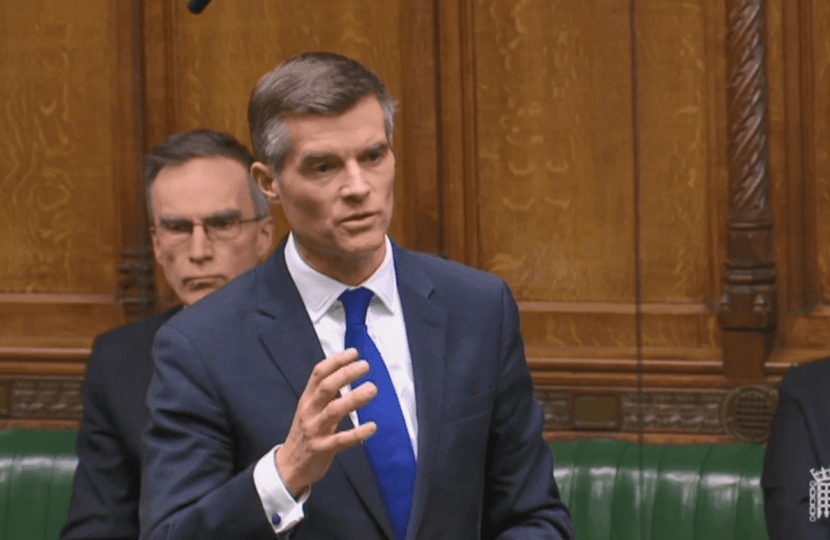 After last week’s votes in the House of Commons, I thought my constituents would like to know how I voted and why.

The first ‘Meaningful Vote’ on the Cabinet’s Withdrawal Agreement and Political Declaration took place on 15th January. It was defeated by a majority of 230 votes – the largest margin in UK history.

I voted against it because I believed the proposals threatened the integrity of our country, would keep us trapped indefinitely in a customs union and would leave us in a weak negotiating position for our future relationship.

On 29th January, the House of Commons – including me – voted to support the ‘Brady amendment’, which required the Northern Ireland Protocol (the backstop) to be replaced with alternative arrangements.

In an attempt to deliver on this amendment, several of my Conservative colleagues developed a proposal called the ‘Malthouse Compromise’.

This suggested a Free Trade Agreement as a backstop, using existing practices and sensible cooperation to avoid a hard border between Northern Ireland and the Republic of Ireland.

Instead of robustly pushing this proposal forward, the Prime Minister attempted to secure meaningful changes to the backstop. Unfortunately, this was not achieved.

The Attorney General’s advice stated that if the UK and EU do not reach an agreement on what replaces the backstop, “the legal risk remains unchanged” and the UK would have “no internationally lawful means of exiting the Protocol’s arrangements”.

This is unacceptable and would leave the UK trapped indefinitely. This is why, on that occasion, I voted against the proposals.

Last week, I also voted to keep No Deal on the table and leave the EU on 29th March. To do otherwise would damage our negotiating position.

I also voted against any extension to Article 50, which would prolong uncertainty for people and businesses across the country.

If the Prime Minister brings another Meaningful Vote back to Parliament, I will consider with great care whether the proposals have significantly changed.

My constituents should be in no doubt – I respect the result of that referendum and I am committed to delivering Brexit.