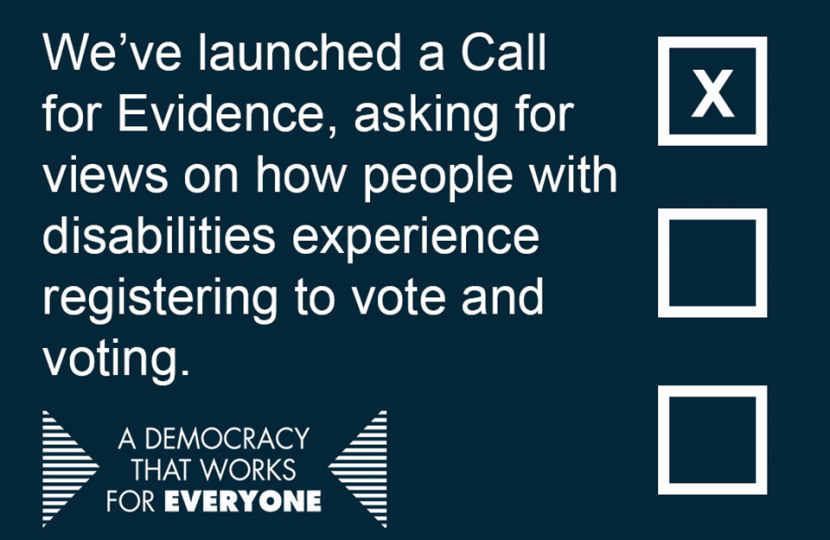 To that end, and following on from this year’s local and general elections, I chaired a meeting of the APPG to discuss making voting more accessible for people with a learning disability.

This meeting was an opportunity for MPs, Peers and people with learning disabilities to discuss issues facing people with learning disabilities when it comes to voting in elections. We were joined by the Minister for the Constitution, Chris Skidmore MP, who was very receptive to the issues raised in the meeting. He also announced a consultation on improving accessibility for elections for disabled people – which I encourage anyone with experience to contribute to online at https://www.gov.uk/government/consultations/access-to-elections-call-for-evidence

Just over 1 million people with a learning disability are of voting age in the UK, but less than a third vote – despite them having as much a right to vote as anyone else of their age.

There is a significant lack of understanding of the law – changes in the law in 2006 abolished legal rules regarding intellectual capacity and voting – and often people do not feel empowered to exercise their lawful right to vote.

We heard the experiences of a number of people with learning disabilities regarding elections, hearing some things that worked well, and others that didn’t work well.

By working with and listening to groups such as Mencap, the Government can continue to improve on the support it offers disabled people, including helping disabled people to vote should they want to. I look forward to continuing to Chair the APPG on Learning Disability, and will post regular updates on my work on supporting disabled people on my website.