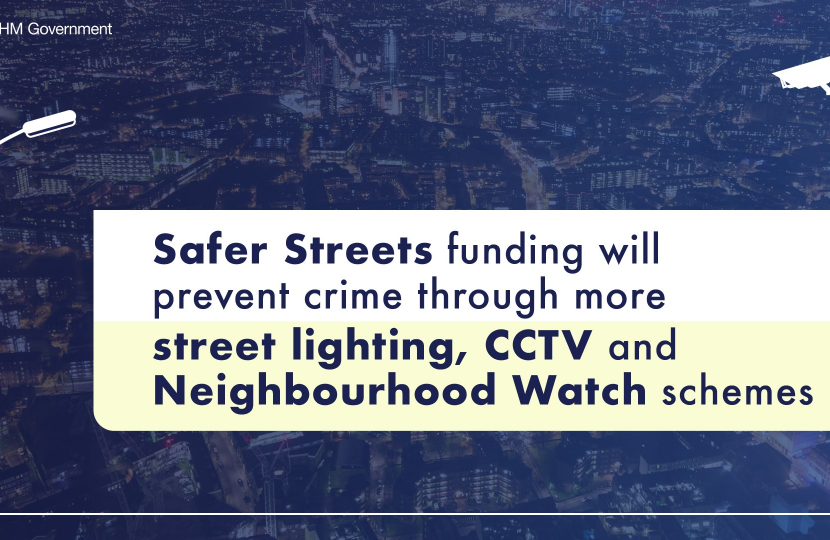 The Safer Streets Fund is a Home Office initiative which allows police forces and local authorities to invest in transformative crime prevention initiatives.

The fund aims to help police forces target neighbourhood crime, violence against women and girls (VAWG) and anti-social behaviour in areas across England and Wales disproportionately and persistently impacted by these crime types/issues.

Among the range of interventions the Government will be funding are: educational programmes to help raise awareness and change behaviours and attitudes, personal safety applications, guardianship projects - involving the presence of everyday citizens increasing risk for potential offenders and deterring them from committing offences, and bystander programmes – aiming to support individuals to intervene or engage others in responding to violence or inappropriate behaviour. Many funded projects will also take forward situational crime prevention interventions, such as CCTV and improved street lighting.

I am delighted to share that Gloucestershire has been awarded over £2 million in the latest round of funding.

Gloucestershire Constabulary will receive over £749,000 to put towards tackling anti-social behaviour, over £591,000 to support the policing of neighbourhood crime, and over £691,000 to invest in tackling VAWG.

These three successful bids were organised by the office of Chris Nelson, Gloucestershire’s Conservative Police and Crime Commissioner – yet another example of strong, local Conservative leadership supporting our communities and public services. I would like to thank Chris and his team for securing this large sum of money which I know will be put to good use by Gloucestershire Constabulary’s dedicated, hard-working officers.

This latest round of funding has seen over £50 million allocated to 111 bids which will take forward evidence-based and innovative crime prevention initiatives targeted to local needs.  This continued funding will play a key role in keeping our streets safe.