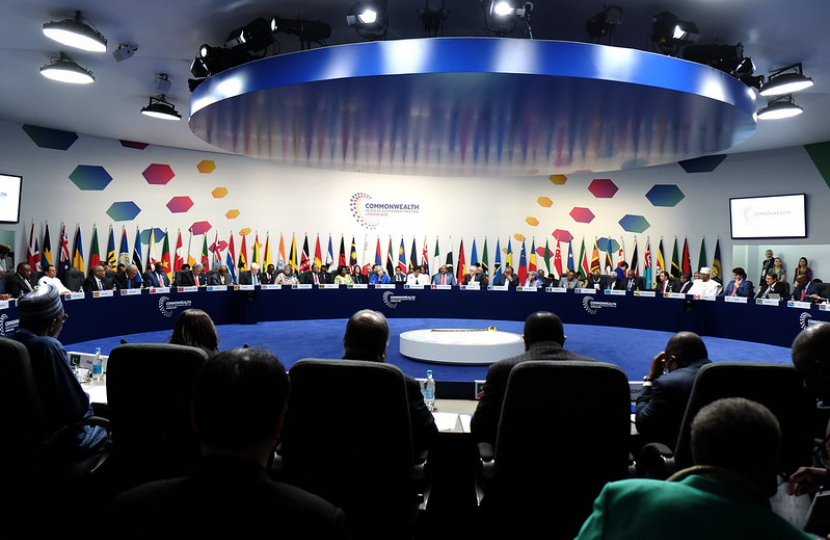 At the end of last week, an important summit took place called the Commonwealth Heads of Government Meeting (CHOGM).

The Commonwealth brings together a third of the world’s population, including some of its fastest-growing economies and cities. Investment is already 27 percent higher between Commonwealth countries and bilateral trading costs are on average a fifth lower due to shared language and legal and economic systems – known as the ‘Commonwealth Advantage’.

In that spirit, last week’s CHOGM summit saw some important new trade and investment initiatives to create jobs, growth and shared prosperity across the Commonwealth.

The new initiatives will ensure the UK is at the forefront of seizing opportunities, driving shared growth and prosperity for the benefit of people across the Commonwealth and here in the UK.

In the year of the Queen’s Jubilee, the UK will introduce new Platinum Partnerships to boost our trade with key Commonwealth countries, as well as five new virtual Centres of Expertise to provide in-depth advice and coaching on green growth, infrastructure, financial services, public finance and trade.

Plans to launch the ambitious Developing Countries Trading Scheme (DCTS) in the coming weeks were also confirmed, replacing the Generalised Scheme of Preferences we had under the EU to reduce costs and simplify trading rules for 65 developing countries. The DCTS will reduce import tariffs on foodstuffs, clothing and other items by over £750m per year, benefiting businesses in 18 Commonwealth countries and helping to bring down prices for UK consumers.

One example of how the Commonwealth provides mutual benefits was highlighted at CHOGM. UK Export Finance announced support worth £124 million to modernise and expand Georgetown Public Hospital in Guyana. This is obviously good for people in Guyana, but this benefits us here too as more than 40 percent of the services and supplies for the project will come from UK providers.

The Commonwealth’s GDP has risen by a quarter since 2017 and is forecast to jump by close to another 50 per cent to $19.5 trillion over the next five years, creating exciting new export markets for UK businesses. Seizing these opportunities really is Global Britain in action.