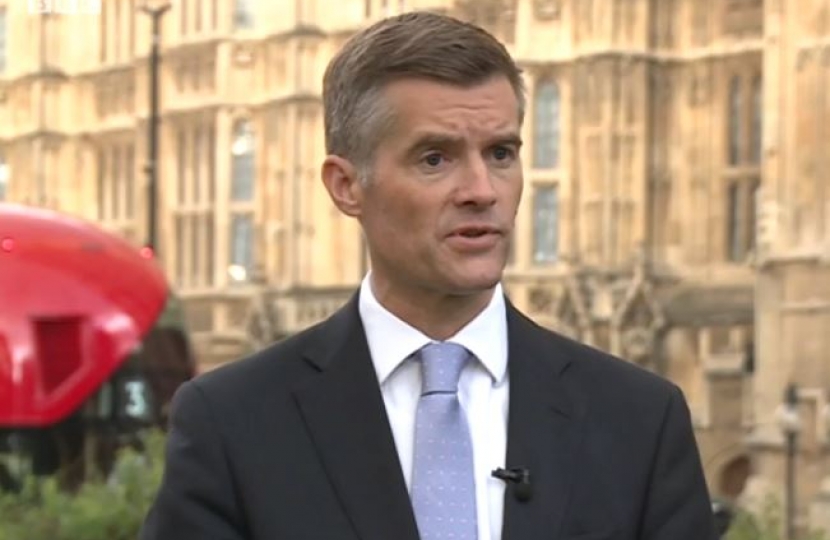 Brexit offers us the opportunity to make changes that will benefit people right across our society.

I backed Remain at the referendum – but as a democrat I’m clear that the British people have voted to leave the EU, and it’s the job of politicians to implement this, making Brexit a success for our country. For many, an important reason for voting Leave was to give the Government and Parliament full control of immigration into the UK - from both outside and inside the EU.

As a former Immigration Minister, I know first-hand that controlling immigration is difficult – there is no single magic bullet. It requires detailed, relentless work over time, and making difficult choices to balance the needs of the economy with pressures on public services. However, it was always very frustrating that regardless of the efforts that we made to control migration from outside of the EU, we were not able to control migration from inside the EU. 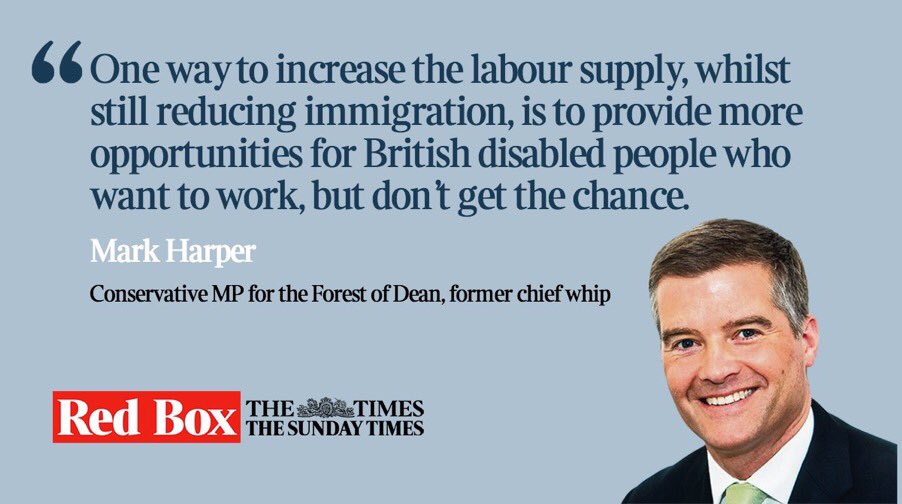 Brexit is an opportunity to put this right. Controlling immigration is important. High levels of immigration can impact wage levels in certain sectors of the labour market, and can put significant pressure on public services - particularly in areas with high concentrations of new migrants. If we want to properly control immigration, and meet the successive Conservative manifesto commitments to reduce net migration to the tens of thousands, we must take this opportunity to end free movement of people from the EU to the UK.

At a time when employment is at a historic high, and unemployment at its lowest levels in a decade, businesses are understandably concerned about placing constraints on the number of workers entering the labour market. One way to increase the labour supply, whilst still reducing immigration, is to provide more opportunities for British disabled people who want to work, but don’t get the chance.

Despite anti-discrimination laws, there is still a large gap between the employment rate of the working-age population as a whole (fast approaching 75%), and the employment rate for disabled people, which is less than 50%. The Government has done a lot of good work trying to close this gap, and has pledged to work to halve it, but there is much more that needs to be done.

There are significant numbers of disabled people who are capable of working, would like to work, but have some sort of barrier or difficulty that makes it harder to get a job. Helping them move into work will require more effort and imagination from businesses, together with some support from Government. This help, both financial and practical, perhaps through existing schemes such as Access to Work, is surely a worthwhile investment.

Helping British disabled people who want to work get jobs, expanding our domestic labour market, and controlling immigration, would be a great first step in delivering a successful Brexit and a country which really does work for everyone.

In October, I held a Westminster Hall debate on this topic, which you can see below, including the response from Immigration Minister Robert Goodwill. I set out my main points in the first few minutes, if you don't have time to watch the whole debate.

This is the transcript of an article I wrote for The Times, on 11th October 2016, which you can see here.

The topic was also featured in a segment on BBC Sunday Politics West, on the 16th of October, which you can see from 51 minutes by clicking here.