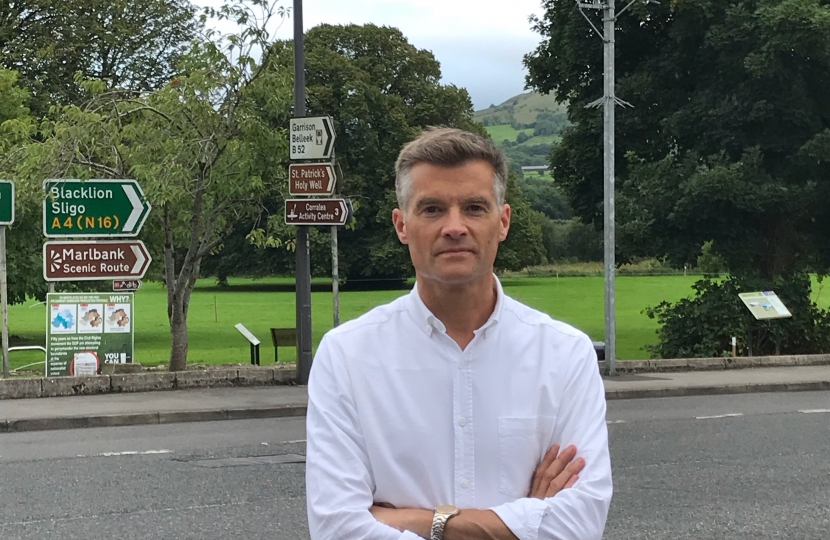 Conservatives have used last week’s Party Conference to set out a positive vision for the UK after Brexit. This realises the opportunities of leaving the EU to strengthen our NHS with increased frontline spending, raise funding for schools, and tackle crime.

The Prime Minister committed £5 billion to support spreading broadband to the hardest-to-reach 20 per cent of the country. This will benefit the 5.6 million small and medium sized businesses, improving their productivity and ensuring they are not held back from poor infrastructure. I was pleased to see fibre broadband rolled out in Tibberton recently with further work taking place every day.

On top of this, Conservatives have pledged to invest a further £25 billion into England’s Strategic Road Network – benefiting the motorways and major A roads that families and businesses rely on to travel across the country and it is good to see plans to finally fix the A417 Missing Link making progress.

The Prime Minister also set out his new Brexit plan.

Parliament rejected the previous Withdrawal Agreement three times due largely to the backstop which, as drafted, risked keeping us trapped indefinitely in a customs union and leaving us in a weak negotiating position for our future relationship.

The new proposals would see Northern Ireland leave the EU's customs union alongside the rest of the UK, at the start of 2021, but continue to apply EU legislation relating to agricultural and other products in an "all-island regulatory zone".

This regulatory zone would depend on the consent of those affected by it. The Northern Ireland Assembly would get to approve the arrangements first and vote every four years on keeping them.

The proposal is centred on our commitment to the Good Friday Agreement. Customs checks on goods traded between the UK and EU would be decentralised, with paperwork submitted electronically and only a very small number of physical checks – all of which would take place away from the Irish border.

The Government won’t accept any more indecision or pointless delay on Brexit. They are working hard to get it done so that we all can move on and focus on people’s priorities.