Game of Thrones comes to Puzzlewood 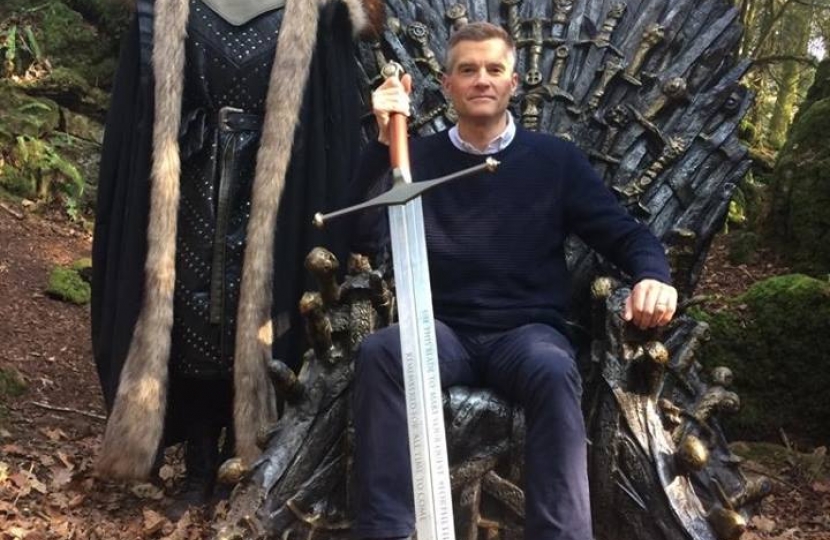 Winter is Coming to the Forest of Dean. In the build up to the launch of Games of Thrones Season Eight, HBO and Sky Atlantic have placed six Iron Thrones in locations around the world. One of the sites chosen was
Puzzlewood and I had the great pleasure of visiting there over the weekend.

This was a fantastic opportunity to showcase the beautiful Puzzlewood during English Tourism Week, 30 March - 7 April 2019, the week-long celebration of everything English tourism has to offer. Tourism is currently worth £127 billion to Britain’s economy and as Britain’s seventh largest export industry, inbound tourism’s economic contribution is currently valued at £26.2 billion.

Of course, Puzzlewood is no stranger to playing host to film and TV crews as it has been a filming location for Doctor Who, Star Wars: The Force Awakens and Merlin. Places like Puzzlewood have benefited from the Government’s support of the creative industries. Introduced in 2007, Film Tax Relief (FTR) or Film Tax Credits (FTC) have been a big driver for inward investment and the boom in the British Film Industry. This support has made the UK an attractive filming location for major production companies from around the world.