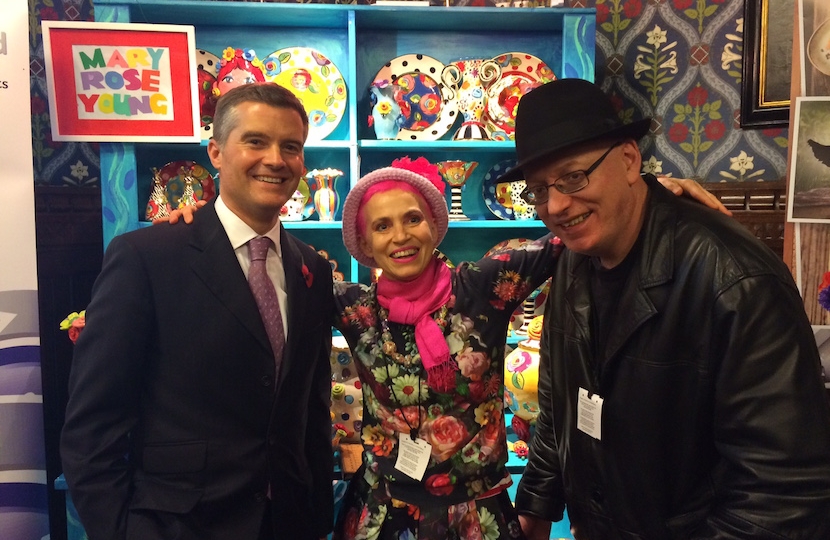 On October 29th 2014, Mark Harper MP, alongside Baroness Royall of Blaisdon, hosted an event in Parliament to showcase 12 organisations from the Forest of Dean.

The event welcomed food and drink producers, businesses and community organisations from all over the Forest.

The showcase proved to be a great success and was attended by hundreds of MPs, Peers and Parliamentary staff who sampled produce and heard what the Forest has to offer through a range of local businesses and initiatives.

The opportunity to showcase Forest produce, expertise and initiatives attracted organisations ranging from Versarien, to the Tudor Farmhouse Hotel and Restaurant and Forest Sensory Services.

“I was proud to co-host this event, which was a fantastic opportunity for businesses and organisations from all over the Forest to showcase their fantastic products, expertise and initiatives.

The event was well attended and many people have since told me how impressed they were with what the Forest has to offer. I pay tribute to all of those who attended – they showed the strength and breadth of the business, charitable and community sectors in the Forest of Dean and I look forward to working with them all again in the future.”

“It was great to see so many local businesses and charities showcasing their expertise in Parliament today, they truly showed what the Forest of Dean has to offer.

I was glad to welcome local charities including Forest Sensory Services, who do great work for disabled people throughout the Forest of Dean. It was also encouraging to see the Dean Heritage Centre as an exhibitor, an organisation who does so much to record and preserve the social and industrial history of the area and its people.”